Jammu, Dec 04: One case of Grievance Cell not being bothered can be observed from  snapshot of Grievance filed against DC Office Jammu over fraud permission over which 04 Registered Deeds were done of a compact plot but fards were issued at scatterred places, shockingly.

However, DC Office after knowing the illegality of the episode, itself cancelled the fraud permission granted by DC ofiice but neither bothered till day to act on the officers, who committed the fraud with league of land grabers nor canceled the subsequent actions like mutations as ordered by DC vide order dated 19.,05.2022 despite SDM/Tehsildar categorically reccomended cancellation of 04 mutations vide letter dated ; 19.09.2022 raised a pointer towards the concerned officers of DC Office Jammu.

Pertinent to mention here that on complaint over the same issue, Comm/Secretary Revenue & Div Com Jammu directed DC Office Jammu for actions but nothing on ground yet.

However, below snapshot of Grievance over the same issue on 09.11.2022 against officers of DC Office Jammu & no actions on cancellation of mutations by DC Office has been observed. 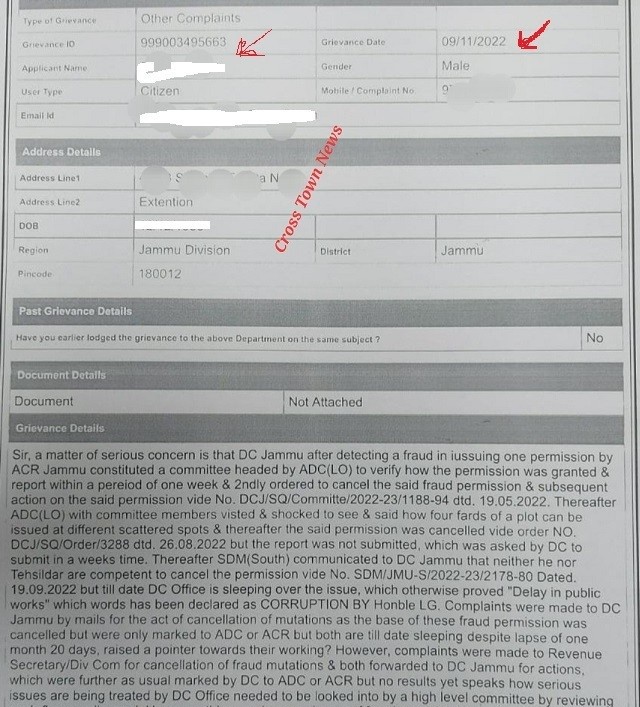