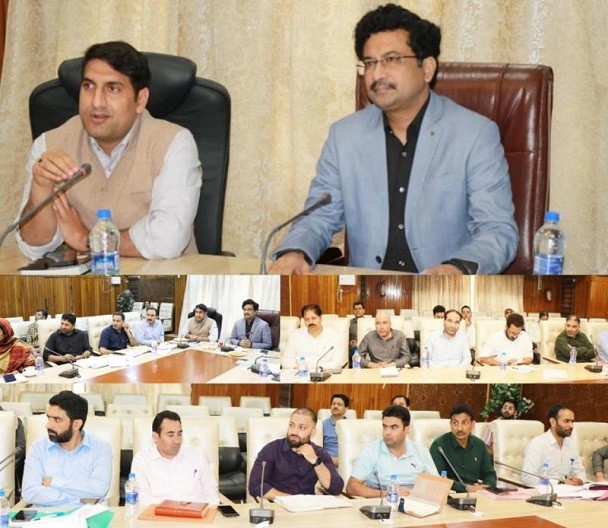 He also assessed progress on various vital issues regarding encroachment drives, demarcation of Government land, status of mutations, progress of digitization of Jamabandis, status of Patwar Khana, etc Deputy Commissioner briefed the Union Joint Secretary about the functioning and achievements of Revenue Department in the District.

He informed that over 98 percent of landowners have been provided Land passbooks in the district while registration of properties is going on smoothly and integration of NGDRS portal with LRIS is also being worked out.

Union Joint Secretary lauded the efforts of district administration Srinagar in achieving almost 100% of the targets in digitization of revenue records and becoming the country's first district to achieve 100% saturation under SVAMITVA Yojana.

He said that adequate funding will be provided by the Union Ministry of Rural Development for establishment of Record Rooms in all the Tehsils of the district.

He added said that DoLR shall provide funding for establishment of Modern Record Rooms, upgradation of Registration Portal, etc.