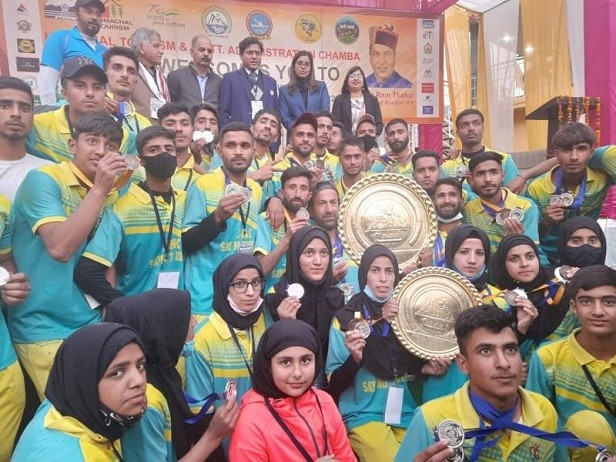 Pertinently, J&K Water Sports teams of both men and women have made the UT proud by winning 12 medals including two gold medals, the highest score, in the said championship.

In the Championship, 21 teams from all over the country participated and J&K had fielded a contingent of 50 players. The Championship was organized by the Indian Kayaking and Canoeing Association and national governing body.

In the senior mixed category, J&K emerged as overall winner while Maharashtra bagged runner up place. Interacting with the players telephonically,

Advisor to Lieutenant Governor and Vice President, J&K Sports Council, Farooq Khan, congratulated the team for their outstanding performance in the national event bringing glory to the UT.

He also lauded accompanying Coach, Bilquis Mir for her commitment and high standard of training being imparted to these shining sports star of J&K.

Principal Secretary, Youth Services and Sports, Alok Kumar, while conveying his best wishes to the winning teams, said that hard work of J&K government to set up this world class centre has paid dividends.

Meanwhile, Secretary Sports Council received the team on their way back and congratulated every medalists and participant.