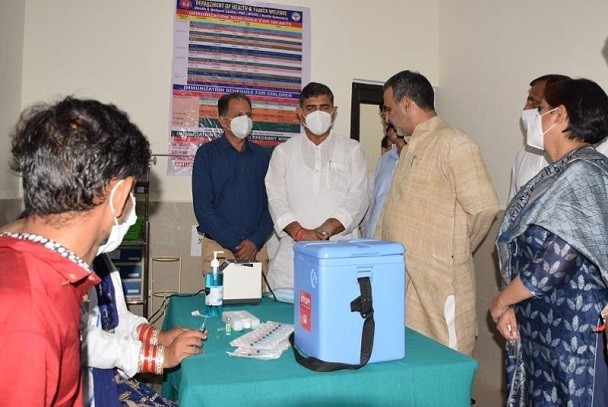 Jammu, October 13: Union Minister Sanjeev Kumar Balyan added one more media statement that establishing a people friendly administration in the Union Territory of Jammu and Kashmir is the prime objective of the central government for enabling governance at doorstep.

On the second day of his visit to Samba, the minister inaugurated a primary health centre at Utterbehni, interacted with sheep and goat rearers, various public delegations and distributed fish seeds under centrally sponsored schemes in different parts of the district.

The minister directed the district administration Samba to resolve the local issues at the earliest, besides the matter requiring central government’s intervention may be forwarded with a document to his office.

A people friendly administration is the prime objective of the central government for enabling governance at doorstep,” the minister said but question stands that the why public is anoyed with the officers, because officers are not being checked for their working, so why issues remained in media only.

The minister also felicitated the vaccination team of Samba for 100 per cent Covid vaccination feat and also carried out a plantation drive at the PHC premises.