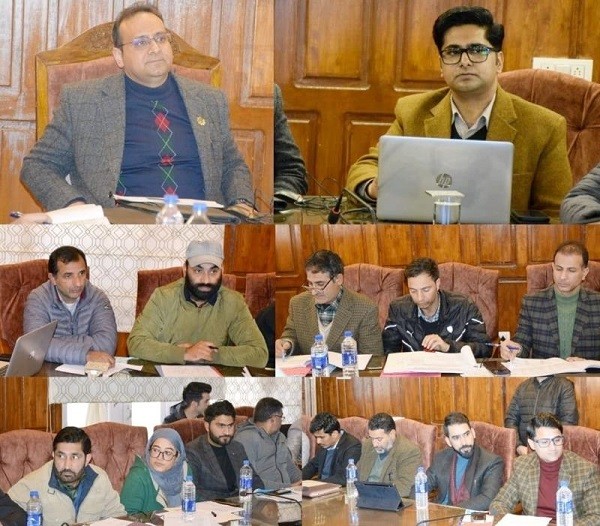 Dr. Owais also apprised the Commissioner Secretary regarding the activities being carried out under SVEEP and other election related activities in the district for disseminating awareness among the people.

Speaking on the occasion, Commissioner Secretary appreciated the efforts of District Administration in special summary revision.

He stressed on cent percent linkage of Aadhaar with electoral roll.

Saurabh Bhagat also exhorted upon the officers to work with added proficiency and maintain coordination so that the best results could be yielded at ground level.