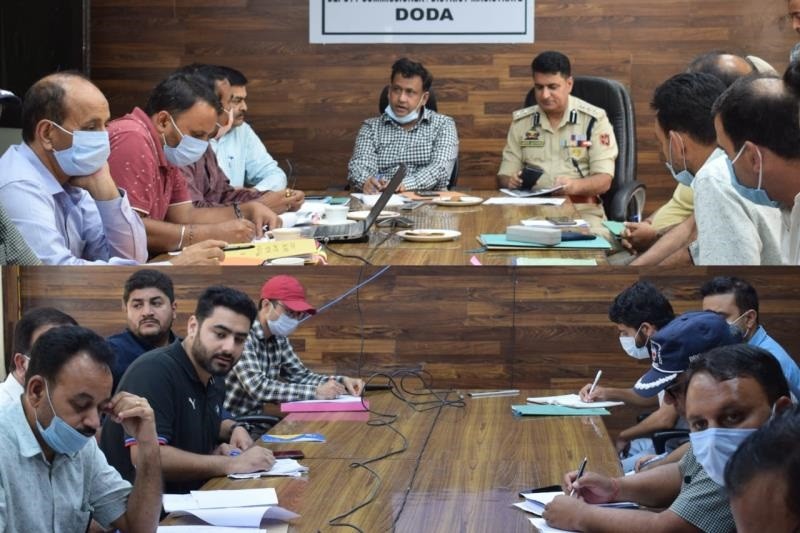 The DDC, while reviewing the available road safety infrastructure, directed the ARTO to furnish the road wise details and details of availability of crash barriers and treatment done for Blind Spots of all the major roads of the district.

He was also directed to provide details of accidents on each road with reasons and specific comments on the accidents. The concerned executing agencies were to take measures for a third party safety audit of every road in the district and submit the report.

On seeking the action taken on previous directions of creation of Toilet facilities, Signages, and View-Points on major tourist roads, the DC was informed that DPR has been submitted to the concerned authorities in this regard.

The DDC directed the CMO to get the GPS installed on all the Ambulances, while the ARTO would ensure the GPS on all the available JCBs in the District.

On the non availability of Hill Recovery Cranes in the district, the chair was informed that matter is already under the consideration of higher authorities and the district may get one Crane in near future.

The CMO was asked to write to the Administrative department about the need of making Trauma Hospital Khalleni functional with adequate posting of medical staff and provision of required infrastructure.

The DRSC also discussed plantation along National Highway, ban on Eco Van as commercial taxi, Road safety funds, iRAD and progress made in the establishment of National Institute of Driving Training, testing and Research at Doda.