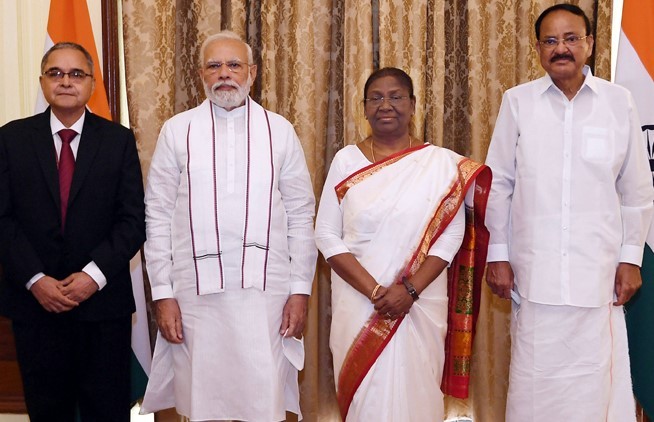 The ceremony was also attended by the Prime Minister and Vice President M Venkaiah Naidu.