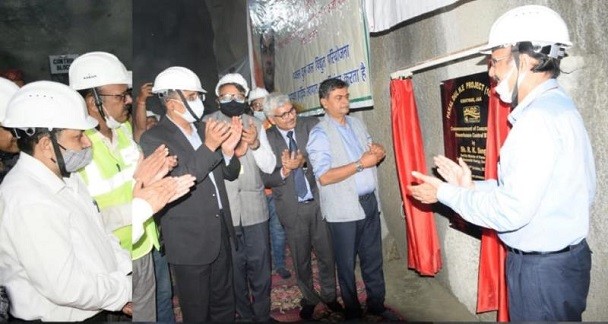 KISHTWAR, OCTOBER 14: Union Minister for Power, New & Renewable Energy, Shri R. K. Singh who was on a visit to Kishtwar today inspected Dul Hasti Hydroelectric Power Project besides took stock of the construction of other power projects with a total generation capacity of 2554 megawatts in Kishtwar.

During his visit at 390 MW Dul-Hasti Dam site at Dool, the Minister reviewed the generation capacity of the power project besides assessing other related aspects of the project.

Speaking on the occasion, the Power Minister said that the government has taken commendable initiatives to harness the Hydroelectric Power Generation in the district.

The Minister mentioned that people will witness a change in the power sector as Kishtwar is going to become a hub of Hydroelectric Power that will make Jammu and Kashmir power surplus.