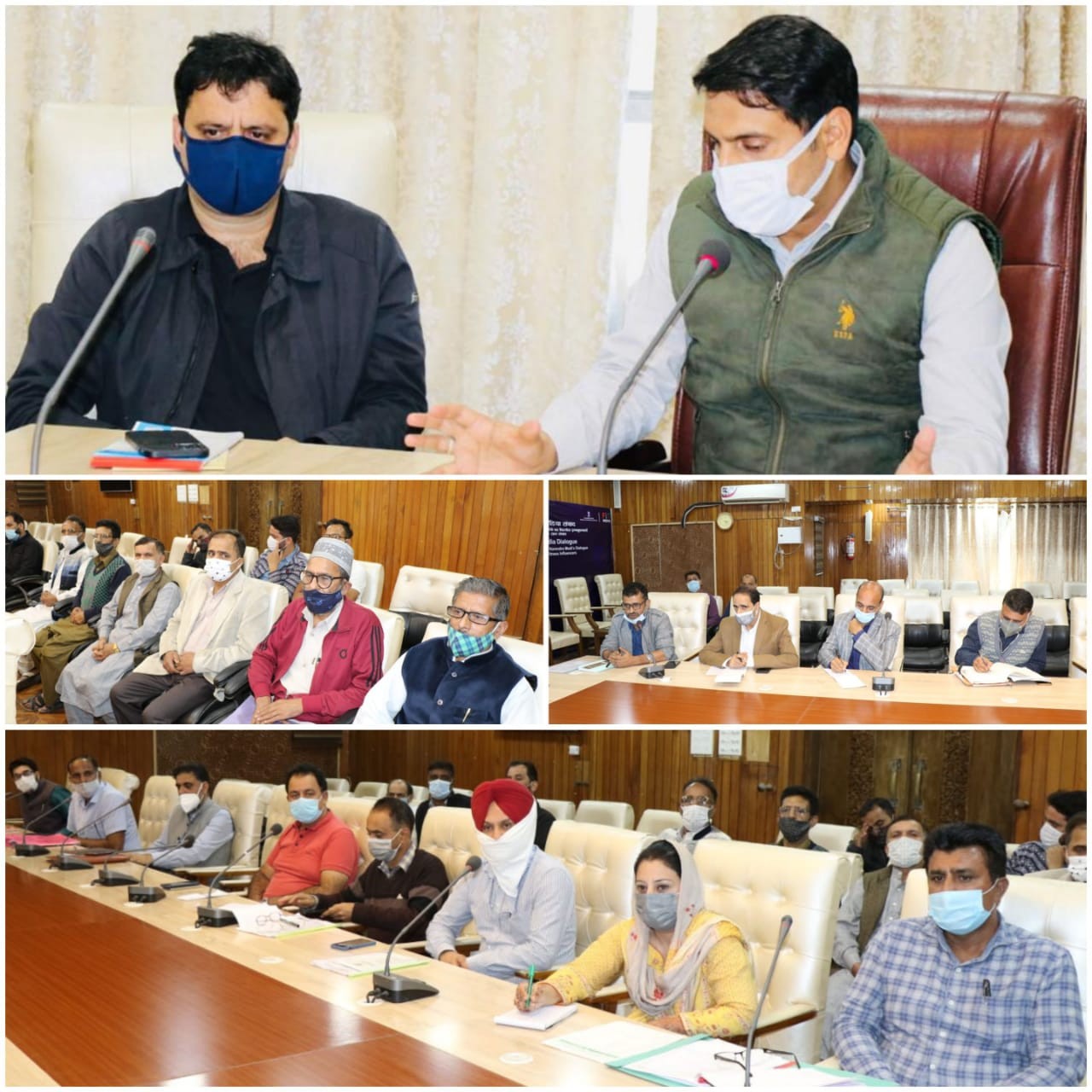 SRINAGAR, Oct 13: In order to provide financial and infrastructural support besides, ensure sustainable livelihood of local bread makers (Naanwais), the District Development Commissioner (DDC) Srinagar, Mohammad Aijaz Asad finalised the Detailed Project Report for Transforming Traditional Naanwai Shops under Prime Minister’s Formalisation of Micro Food Processing Enterprises Scheme (PM FME Scheme) in a meeting held today in the Meeting Hall of DC Office. Additional Secretary, Horticulture Department, Jehangir Hashmi was also present on the occasion.  While, Chief Planning Officer, Mohammad Yaseen Lone, Chief Horticulture Officer, Sajid Mustafa, Cluster Head JK Bank Raiz Ahmad Wani, Manager District Lead Bank, Ab Majid Bhat and officers from other concerned departments were also present in the meeting.  The District Development Commissioner said that the purpose of bringing Naanwai  under PM FME Scheme is to restructure the traditional Naanwai shops as per modern technological requirements to ensure proper hygiene in and around the shops besides maintaining taste of the products.  The DDC said administration is very keen about handholding and upliftment of the Naanwais of Srinagar District as Naanwais are an essential part and parcel of society besides the century’s old culture and tradition Kashmir valley.  The DDC directed Chief Horticulture Officer and other concerned to sensitize Naanwaies about the advantage of the scheme so that they can avail maximum benefits. The DDC stressed the officers of all concerned departments to work in coordinated manner so that the scheme is implemented on ground with cent percent results. He also directed for early implementation of the scheme so that the intended business community is benefitted under the scheme. He also asked the officers of DIC to explore any subsidy related provisions under the scheme so that beneficiaries are entitled for other benefits too.      Speaking on the occasion, Additional Secretary to Government Horticulture Department, Jehangir Hashmi also highlighted the objectives and benefits of PM FME Scheme. He assured the members of AKLBMA that they need not to move office to office instead a representative from the concerned Government Department will visit the shops of the Naanwaie for proper verification and other documentation process he also said that proper training will also be given to the beneficiaries under the scheme. On the occasion, the DDC was informed that in the first phase around 20 Naanwai shops are being taken up for upgradation and modernisation of shops. Earlier, the members of the All Kashmir Local Bread Makers Association(AKLBMA) expressed their gratitude to the DDC Srinagar for taking keen interest in welfare and upliftment development of Naanwaies of Srinagar district. The members of AKLBMA (Naanwaees) who participated in the meeting include its president, Abdul Majeed Pampori, Secretary, Khurshid Ahmad Sofi and Publicity Secretary, Bashir Asrar and others.