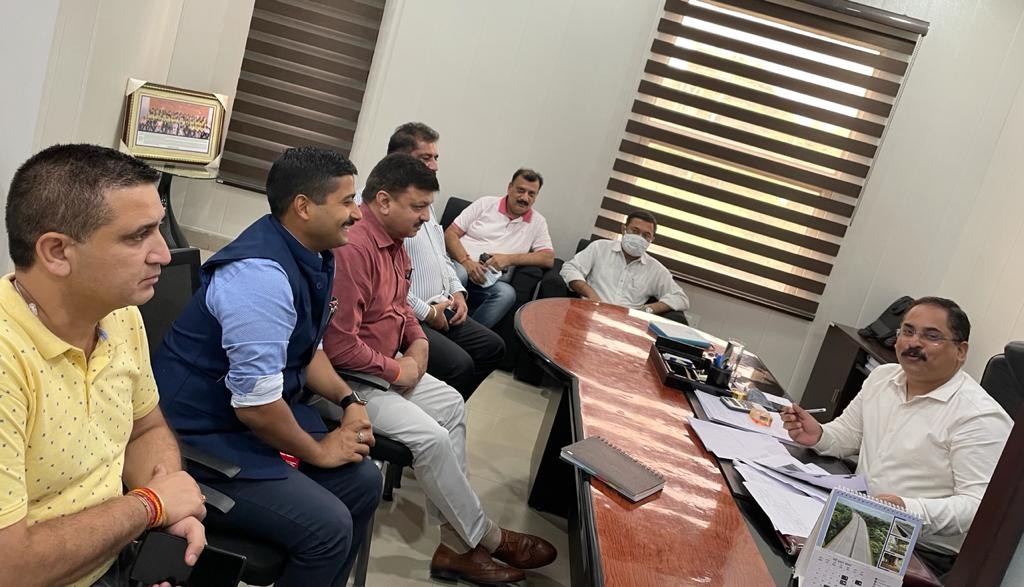 JAMMU, Sep 08:The Chamber of Commerce and Industries (CCI), Jammu on Tuesday resented the ongoing anti-encroachment drive led by National Highways Authority of India (NHAI) officials along NH-44 by terming it as arbitrary and sought provision to allow path for having access to business establishments on highway as already businessmen are passing through tough time due to pandemic COVID-19.

In this context, a delegation of CCI Jammu headed by its President Arun Gupta met Regional Officer, NHAI, J&K, Rohin Gupta and expressed surprise and pain that how come they have started  dismantling fronts of shops and other business establishments without serving prior notices. Arun Gupta demanded a fair deal in the matter claiming that the access to shops and other establishments have also been damaged by the NHAI, which is sheer injustice as nowhere it is seen that the path for approaching a business establishment is blocked or damaged by the authorities concerned.

He also said that the business community is facing an ordeal due to COVID-19 pandemic as many of the traders are on the verge of starvation as their businesses have been severely affected and this ruthless drive will force them to even manage a day’s meal for them and their families.   He said that this uncalled for and should be stopped immediately or at least the affected traders be given access to their establishments so that their clients or customers can visit them and they could earn bread and butter with dignity.

The CCI President demanded that NHAI should immediately repair the front portions of the shops and other establishments to restore business activity as development after closing the shutters of trader brethren is no development at all. He also appealed to NHAI to simplify the rules of giving access to traders to reach their establishments claiming that rules should be for the convenience of the people and not for harassing them. After listening patiently to the issues raised by the CCI delegation, Rohin assured that he would immediately pass on the instruction to the concerned officers to mark the new marking on the national highway and the new notices to be served to all the concerned establishments who have encroached on the area of the National highway authorities.