Pertinent to mention here that it is clear from the snapshot of Act, whih reads that " A Act to consolidate the law relating to use of water............the establishment of State Water Resources Regulatory Authority........fixing rate for use of water etc etc"

Section 3 of the Act reads that "Every water source in the state is & shall remain the property of the Govt". but what means water source, no one bothered to see on ground as per actual status, speaks of their negligence, which is a matter of concern.

Section 4 reads that the govt shall from time to time prepare the state water policy and plan for the development, management, planning, utilization and monitoring of water resources in the state in view of the following objectives, which are explained  para (a) onwards.

However, nowhere it was directed to Revenue bosses to stop sale/purchase of lands nomenclature as Gair Mumkin Khads since years on the fault of Revenue bosses despite lot of big constructions, which is a matter of high level enquiry as proved case of deriliction of duties?

However, State water Policy was issued on 25th October, 2017, only by which in section 5(2) Div Com/DCs were appointed as Adjudicating Officers & to demarcate Khads but till date nothing has been done is also a proved case of deriliction of duties.

However, DC Office Kathua/Jammu in Govt Grievance Cell & in RTI had replied that Gair Mumkin Khads are banned for sale/constructions but  new DC Jammu, Anshul Garg by understanding the issue vide letter dated: 06.07.2021 adressed to Div Com , commented that there is & there was no any prohibition on lands nomenclatured as Gair Mumkin Khads.

However, below snapshots speaks the clear cut picture. 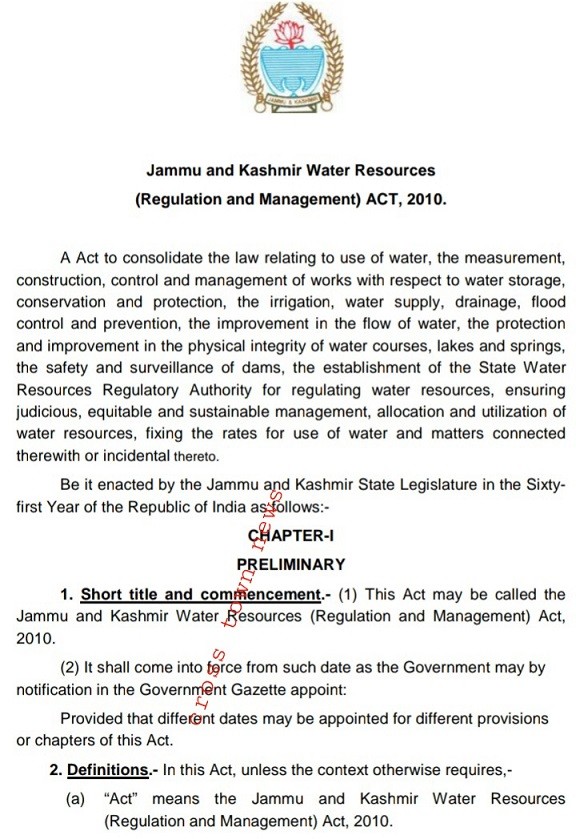 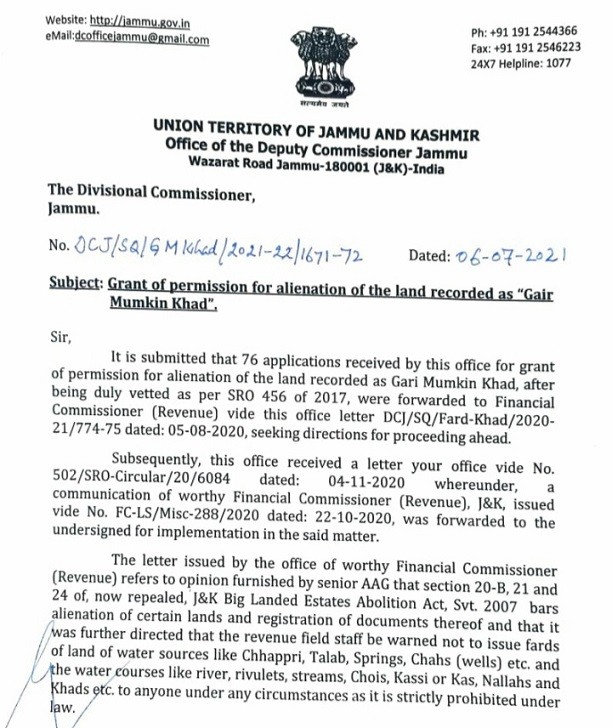