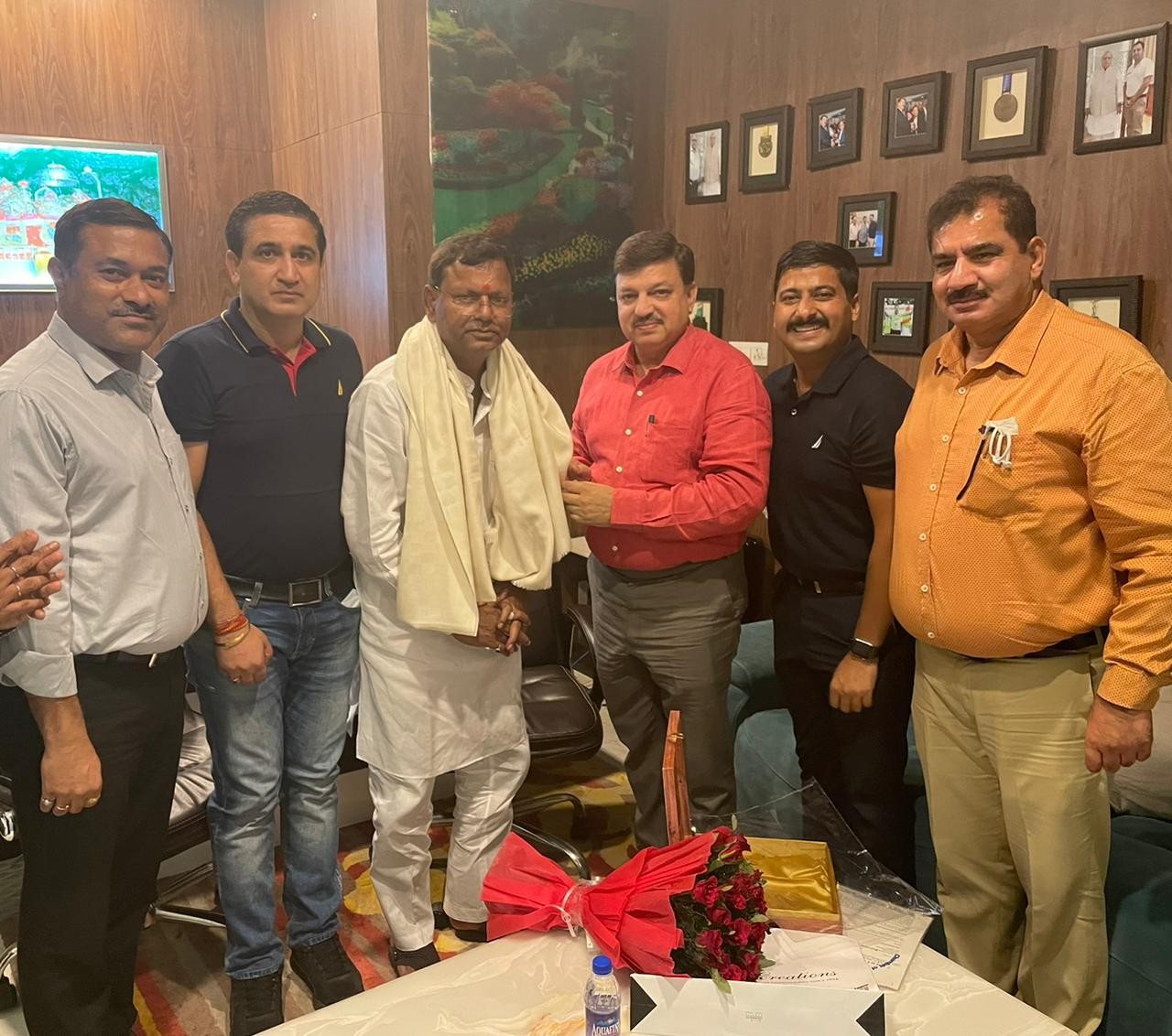 JAMMU, July 16: The Chamber of Commerce and Industry (CCI) delegation called on MoS Finance Pankaj Choudhary , who is in Jammu and demanded a special financial package for the business fraternity of the Union Territory in wake of snarling business activity witnessed due to restrictions which J&K saw in the last 18 months due to pandemic.

Arun said that he along with other members of the Chamber met the MoS Finance and placed before him the long pending demands of the Jammu region in particular and the entire UT in general. “Looking into the seriousness of the matter on account of coronavirus hitting the businesses here, the Chamber has asked the MoS Finance to provide the much needed respite to the business community of J&K by sanctioning a special package to rejuvenate the trade in the UT and give another chance to businessmen to live a life with dignity and pride”, he said adding that Union MoS Pankaj Choudhary has shown keen interest and assured the delegation of taking favourable steps in this direction. The delegation also demanded new Public Sector Undertakings concerning railways and defence to boost the industry in Jammu region besides generating ample employment avenues.

The other significant issue which was discussed threadbare was centre’s special focus on exploring tourism potential of Jammu region especially Pir Panchal circuit which has been discriminated since independence.  It was demanded that Patnitop should also be developed as commercial hub to cater to the needs of tourists and for socio-economical development of locals. Besides, the Chamber demanded introduction of Wagah Border like Retreat Ceremony in Suchetgarh to promote tourism.


The President CCI demanded that 50 per cent of Rs 28,400 crore package announced for the UT should be earmarked for the Jammu Province. Besides, the CCI urged the MoS Finance to intervene and ask the UT government to redefine land types in J&K  as large chunks of land in Jammu have been declared as “Gair Mumkin Khuds” by Revenue Department despite the fact that no water body is passing through these lands. He said that  the demand of rehabilitating those who will get affected due to Smart City Project was also raised in the meeting. Apart from this Chamber also sought certain changes in GST regime, he said adding that the Union MoS has evinced keen interest in the issues and problems placed before him and has assured that all the genuine issues will be taken care of very soon.