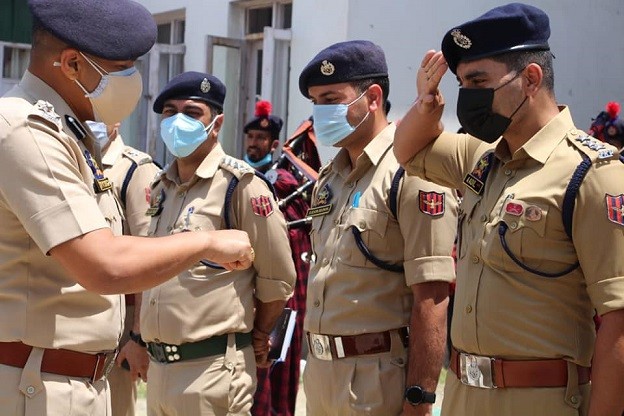 During his visit, DIG NKR Baramulla held meeting with all officers of district (SSP Bandipora, Addl. SP Bandipora, DySP DAR Bandipora, DySP Hqrs Bandipora , All SDPOs , SHOs and all IC PP's) and discussed different security measures taken for the maintenance of overall peace in the district.

SSP Bandipora Shri Mohd Zahid– JKPS gave a detailed presentation regarding the security scenario of the district,drives against drug menace and illegal mining.

DIG North Kashmir appreciated the efforts of District police Bandipora in combating the Covid Pandemic and maintaining law and order in the district.During the meeting with Police officers he reviewed the security situation , counter insurgency operations and preparation/measures taken to contain the spread of Novel CoronaVirus in the district.

The DIG directed the officers to strengthen the security grid and plug the gaps with strict security measures and deal with menace of drugs strongly.