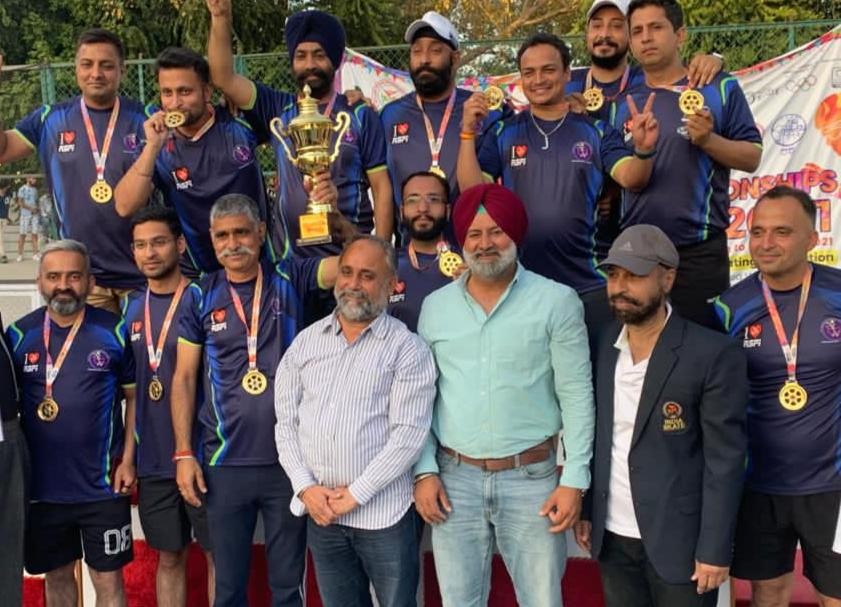 In the league matches of the championship, J&K defeated teams of Punjab and Chandigarh while they had a draw with Haryana team.

For team J&K, Ankush, Krish Raibrinder, Sanjeev played exceptionally well throughout the tournament while as goal keeper of the team J&K Gagan Singh Jamwal saved the crucial goals in the Final match against Chandigarh and eventually his team emerged victorious.

This is for the second time in a row that team J&K has won Gold medal at the championship.

Meanwhile, President of Jammu and Kashmir Roller Skating Association (JKRSA), GS Khurmi has congratulated all the medal winning skaters for their brilliant performance at national level. He said, it is a proud moment for JKRSA that both masters and senior mens roller hockey team again shined at this national level tournament.