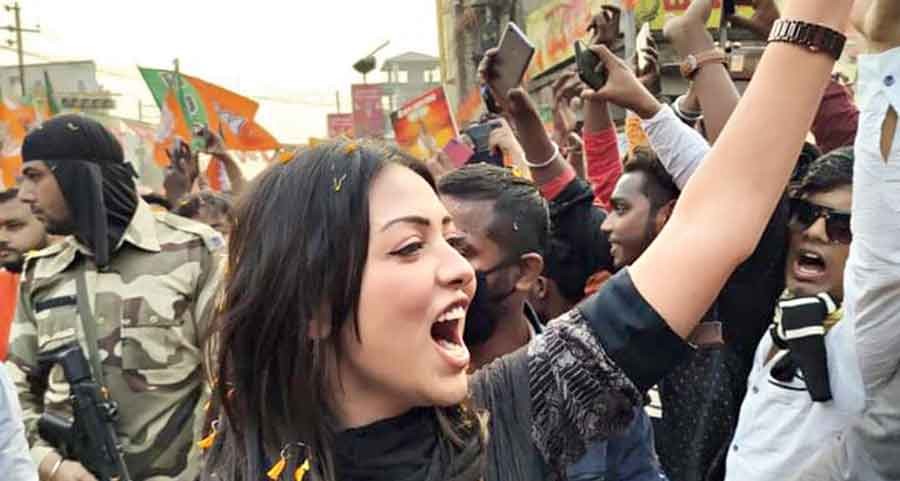 The BJP youth wing leader was along with a friend, identified as Prabir Kumar Dey, in her car when both of them were nabbed.

The BJP said it suspected that Goswami was being framed, but added that if she is found guilty, the law should take its course.