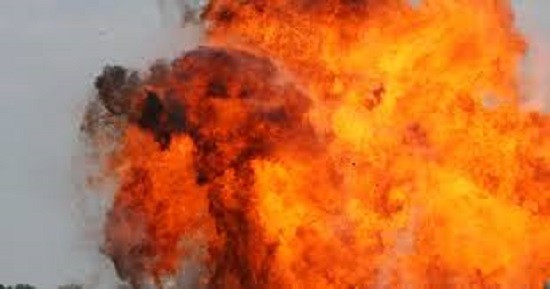 Bandipora Feb 19: Acting on specific inputs regarding movement of militant associates, Bandipora police along with 14 RR and CRPF laid a joint naka near Papachan Bandipora Bridge.

During checking two suspected persons were signalled to stop but they tried to flee.Acting swiftly the duo were apprehended and during search 02 live hand grenades were recovered from their possession. They have been identified as Abid Waza S/o Abdul Gani Waza and Shabir Ahmad Gojer S/o Mohd Abdulla Mir Gojer. On preliminary enquiry, it was revealed that the accused were  associated with terror outfit LET and were providing shelter, logistics and other material support to active  terrorist of LET in the  area and they were tasked by their handlers to carry grenade attack on security forces in Bandipora. In this regard Case FIR under relevant sections of law has been registered in P/S Bandipora and further investigation has been taken up.