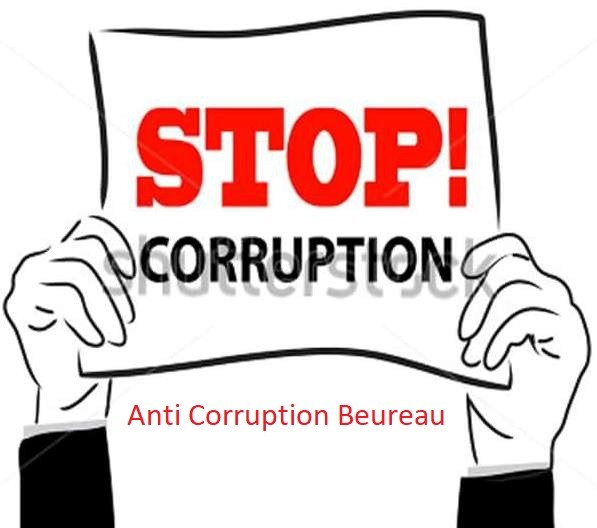 A Spokesman of ACB Jammu said that a case FIR 04/ 2020 was registered against Mohammad Shafi Dar R/o Majeed Bagh Barzulla Srinagar Chairman J&K State Co-operative Bank Ltd and others u/s 5(1) (d) r/w Section 5(2) PC Act and section 465,467,468,471,120-B/RPC in ACB Srinagar for allegedly sanctioning loan to the tune of Rs. 250.00 Crores in favour of a non-existent Society under the name and style River Jhelum Co-operative House Building Society Magarmal Bagh, Srinagar for the purposes of construction of a satellite Township at Shiv Pora Srinagar bypassing the credit Policy of the bank and on the basis of false and fabricated documents.

Investigation revealed that a conspiracy was hatched between Mohd Shafi Dar then Chairman of J&K State Co-operative Bank, Hilal Ahmad Mir, Abdul Hamid Hajam, Mohd Mujib Ur Rehman Ghassi then Registrar Co-operative Societies J&K, Syed Ashiq Hussain Dy. Registrar Co-operative Societies and others in creating a non-existent Society under the name and style of River Jhelum Co-operative House Building Society Magarmal Bagh Srinagar in the year 2018- 19 for obtaining loan from the JKSTCB Bank Srinagar and on the false pretext of constructing a Satellite Township in Shivpora, Srinagar and for siphoning out the loan funds so granted. Subsequent to the conspiracy, at the behest of other accused persons and in furtherance of the conspiracy that was hatched as revealed in the investigation, a fake and fictitious Registration Certificate of the Society was created by the accused persons and Hilal Ahmed Mir the Chairman of the said Society approached Secretary to Govt Co-operative Department namely Abdul Majid Bhat through the medium of an application dated 10.01.2018 wherein directions were sought from the J&K Co-operative Department to J&K State Co-operative Bank Ltd Srinagar for grant of financial assistance (loan advance) to the tune of Rs. 300 Crores for the construction of Satellite Township on 300 Kanals of proprietary land located in the outskirts of Srinagar city.

The application of Hilal Ahmad for seeking financial assistance was approved and forwarded to the Chairman J&K Co-operative Bank Srinagar by Mohd Mujib Ur Rehman Ghasi the then Registrar Cooperative Societies Ltd. J&K for the sanction of the loan. The Chairman of the State Co-operative Bank in conspiracy with the borrower Hilal Ahmad and others has sanctioned the loan amount of Rs. 250 Crores in favour of the said fictitious Society and out of that Rs. 223 Crores was released.

The amount was raised by the Bank as loan on the FDRs of JKSTCB Srinagar with J&K Bank. The whole loan amount was transferred into the account of accused Hilal Ahmad Mir Chairman of the fake and fictitious Society River Jhelum Cooperative House Building Society with JKSTCB Srinagar from where the whole amount was transferred through RTGS/NEFT into the accounts of 18 persons who are merely presumed to be shareholders/legal heirs of the land measuring 257 kanals and 19 Marlas in Shivpora Srinagar.

Investigation has further established that has revealed that the loan was granted by the Bank and approved by the accused Shafi Mohd Dar on the basis of false and forged documents and by violating the banking rules and regulations and thereby causing loss of Rs 223 crores plus interest till date to Government of J&K exchequer and to the J&K Co-operative Bank and public at large.

During Investigation out of 223 Crores loan amount which was transferred into the accounts of 18 land owners Rs. 202 Crores has been got freezed and also the land which was illegally leased out to a fictitious Society has been got attached through Govt. After completing investigation, the charge sheet has been filed before the Court.