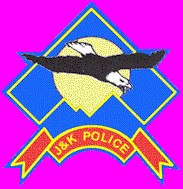 Jammu, July 28: Gajansoo Police arrested three persons involved in attempt to murder case, while six others are still at large.

As per police sources, on July 24, a complaint was lodged by Mohammad Aslam of Karloop with Border Police Post  Gajansoo stating that on July 23 this year, his son Mohammad Saleem was cutting the grass for his cattle at Chathi Morh when 9 persons identified as Nirmal Singh, Jung Bhadur Singh of Kallasay Chak, Vishal Sharma of Galwadey Chak, Bawa Singh and Rishi Singh, Amit Singh, Inderpal Singh, Sachin Sharma and Ravi Singh all residents of Chatha Gujjaran attacked his son with deadly weapons.

Due to this his son received multiple injuries on his head and other part of body and some local persons shifted him to hospital for medical treatment.

During the course of investigation, a team from BPP Gajansoo conducted raid in different places and after hectic efforts arrested three accused, who were identified as Vishal Sharma, Nirmal Singh and Sumit Singh. Hunt is going on to nab others.