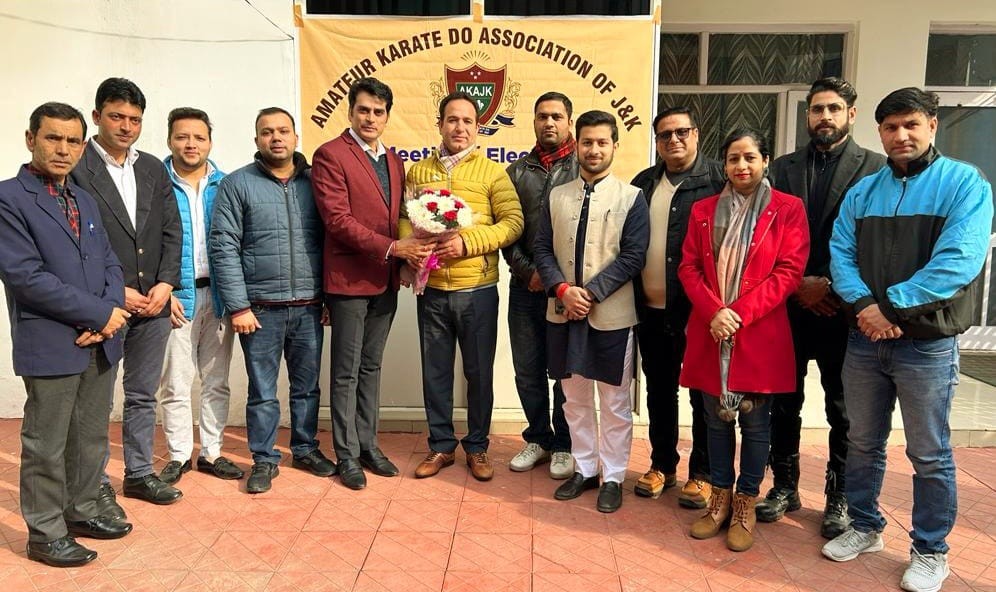 JAMMU, Jan 25: Election of  Amateur karate do Association of jammu and KashmirAKAJK was held here at Jammu on  23-01-2023 at Trikuta Yatri Niwas Amballa Jammu.

The Election was conducted under the supervision of Senior Advocate Leela karan sharma as Returning officer. New young faces and former International and National players took the responsibility in newly elected body.

The newly elected team assured that they would work for the betterment of the players and sports so that their energy could be channelised for the development of the nation.