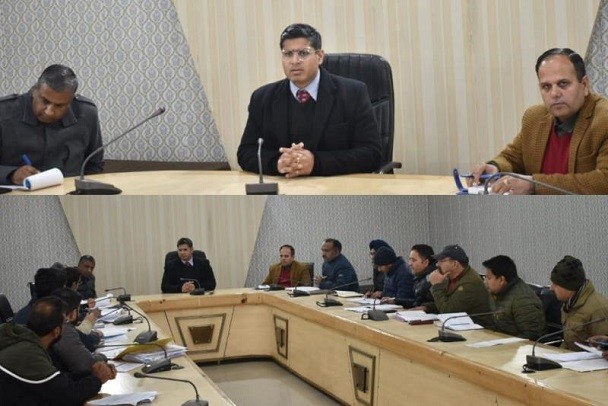 The meeting was informed that out of 183 schemes, the tenders for 45 schemes have been allotted while the work on 29 schemes is in progress.

Discussing the progress under JJM in Nowshera division, it was informed that out of 110 schemes, the tenders for 40 schemes have been allotted while the work on 25 schemes is in progress.

The DC also reviewed the IEC activities being carried out in the district under JJM by ISA.

It was informed that the IEC activities are being carried out in the district by Integrated Support Agency (ISA) to sensitize the public about water conservation; different aspects of the Jal Jeevan Mission and the role and responsibilities of the Gram Sabhas in the conservation of local water resources.

The DC emphasized on making every effort to ensure that the goal of providing tap water to all households was achieved in time.

He also stressed on timely utilisation of the funds sanctioned for the JJM Projects and ensuring regular inspection of the ongoing projects.