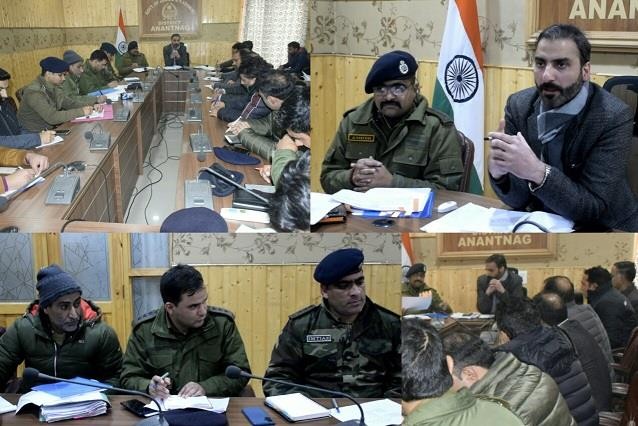 DC said that efforts of Government alone will not be sufficient to control and arrest the menace of Drug Addiction. He said that people's participation is pivotal to curb drugs addiction.

He also stressed on creating awareness on the disastrous ramifications of the Drug Consumption on individuals and families.

He further added that although the district is treading on path to prosperous future with phenomenal improvements in socio-economic parameters, however, the scourge of growing drug menace, if not arrested immediately, has the capacity to derail the developmental progress of the district.

DC further added that creating awareness on the issue is the most potent arsenal against it and called upon the people and especially Public representatives, civil society bodies, other social and economic organizations and prominent citizens to take part in activities conducted by district administration.

He also stressed for installation of CC TV Cameras in every medical Stores of the district.

It is worthwhile to mention that since the start of month long abhiyan, Colleges and various schools throughout length and breadth of the district have taken out various mass awareness rallies, Pledge ceremonies which saw participation of thousands of students, staff besides civil society members.

Among others, the meeting was attended by SSP Anantnag, ADDC, ADC, CMO, CEO, Tehsildar, SDM Bijbehara and other district officers.