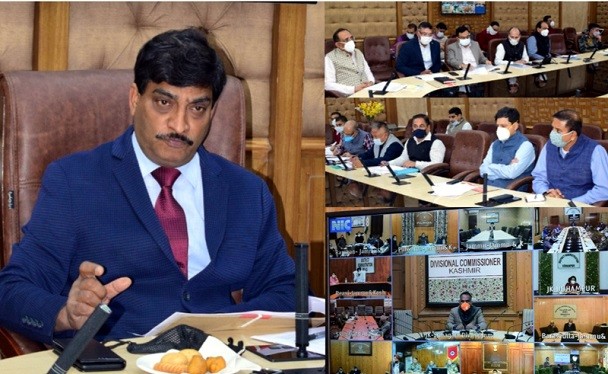 Dr Mehta made these remarks while reviewing the status for grant of permission with respect to establishment of Industries under Single Window System here in the UT.

Dr Mehta maintained that the motive behind the Single Window System is to enhance the efficiency and save time of prospective industrial unit holders.

He made out that it is imperative to move to a single platform wherefrom all the services could be availed by the applicants. He asked for doing away with individual/standalone portals from different service providers.

The Chief Secretary underscored the need of shifting all the allied services like availing of power connection, water connection, Pollution Control Certificate, GST registration, and various other NOCs from a single portal for the ease of the applicants.

He also impressed upon each to strictly adhere to the timelines specified for each service without any fail.

He enquired from each of the department about the applications they have cleared in the last month and the time taken to clear each of them.

He observed that a system should be put in place through which it is easy to monitor the progress and time taken by each of the department in providing their services. He also asked for taking action against those who fail to provide services in a given time frame without any reason.

The Chief Secretary also reviewed the pace and progress for establishment of new Industrial estates in the UT. He directed for having synergy among the departments to create the utilities necessary for these industrial hubs.

He made out that an interdepartmental coordination may be created for regular interaction about the issues hindering the process and ironing out of the same without wasting any time. It was given out in the meeting that a number of new Industrial Estates are being established throughout the UT.

It was said that hundreds of applications have been received for establishment of different industrial units there which would provide employment opportunities to thousands of our youth.

It was revealed that different utilities like establishment of Receiving Stations, providing of water connections, laying of roads etc are under process and at different stages of completion.