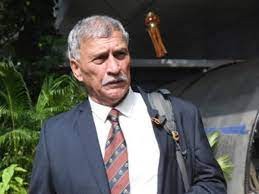 MUMBAI, Oct 18: Roger Binny, Star of 1983 Word Cup campaign, was officially elected as the 36th Board of Control for Cricket in India (BCCI) president unopposed at the Annual General Meeting (AGM) on Tuesday in Mumbai.