Shaleen Kabra was appointed as enquiry officer to look into the issue of time & cost overturn into the said project & was asked to submit a detailed report in a period of one month means by 15.08.2022 but till today nothing has been heard regarding the outcome of the said enquiry?

It is  to publish here that one Hamesh Manchanda was  working as Chief Engineer of I&FC Jammu at the time when the said project was framed, approved, tendered & cancelled but has been placed now as Chief Engineer, PHE, Jammu without concluding the above said enquiry & in PHE, has been planted to play a major role in purchase of pipes of multi thousand crore, which is in dispute since long.

It is a big question on Govt that when Manchanda has not been confimred as SE till today then how he has been assigned double charge on INCHARGE basis as SE & thereafter as Chief Engineer since long in open violation of rules of  placement on stop gap/temporary arrangements, raised a pointer on charge assigning authority & now he has been assigned the charge of Chief Engineer of Prime Minister's most important & prestegious programme of JJM?

However, latest enquiry order against Mr Manchanda as CE, I&FC, & others, copy with CTN reads as:- 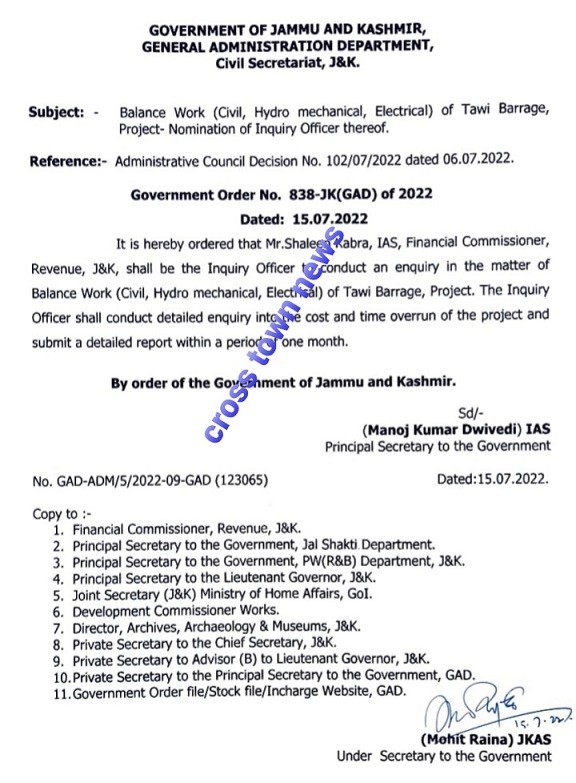