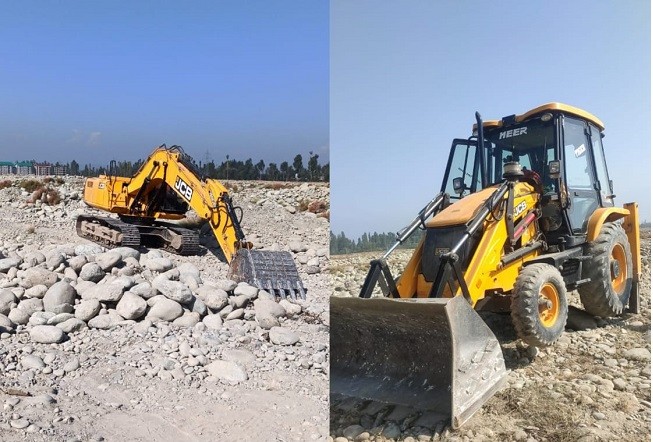 During the raids, officials of concerned departments under the supervision of District Magistrate seized two JCB's, two Tippers and one LNT involved in illegal mining and transportation of raw materials.

In line with zero tolerance for illegal mining, the DM along with his team conducted these raids in different areas of Keegam tehsil.

"We are trying to curb illegal mining that is taking place during the wee hours and during evenings," DM said, adding that it is a menace and the District Administration is determined to eradicate this menace with legal strictness.

Vaishya said that concerned departments have been put on alert in order to check illegal mining in the district and instructed to conduct inspections and act tough against offenders along with making officials of the departments responsible for any laxity, in order to save the public resources.

DM emphasised that all illegal mining cases would be dealt strictly under the rules and action against the violations will be taken on a fast track basis.