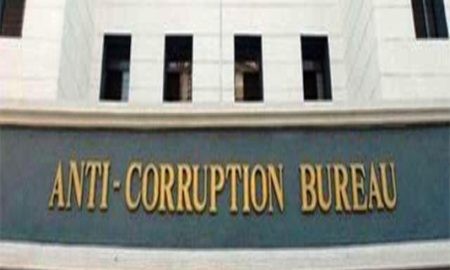 Jammu, September 26: The Anti Corruption Bureau trapped and arrested an Assistant Sub Inspector for accepting bribe of Rs. 10,000 from the complainant.

Pertinent to mention here that ACB received a complaint through helpline alleging therein that Assistant Sub Inspector Muzamil posted at Police Station Bakshi Nagar is demanding bribe for providing a report to the court on an application moved by complainant through his counsel.

The ACB said that the contents of the complaint prima facie disclosed the commission of the offence as defined under section 7 of the P.C Act 1988.

Accordingly, an FIR was registered at Police Station ACB against ASI  & during the investigation, a trap team was constituted.

The trap team caught ASI red-handed near the gate of Bakshi Nagar Police Station while demanding and accepting bribe of Rs 10,000 from the complainant & ASI was arrested and taken into custody.

The bribe money was also recovered from his possession in presence of independent witnesses.