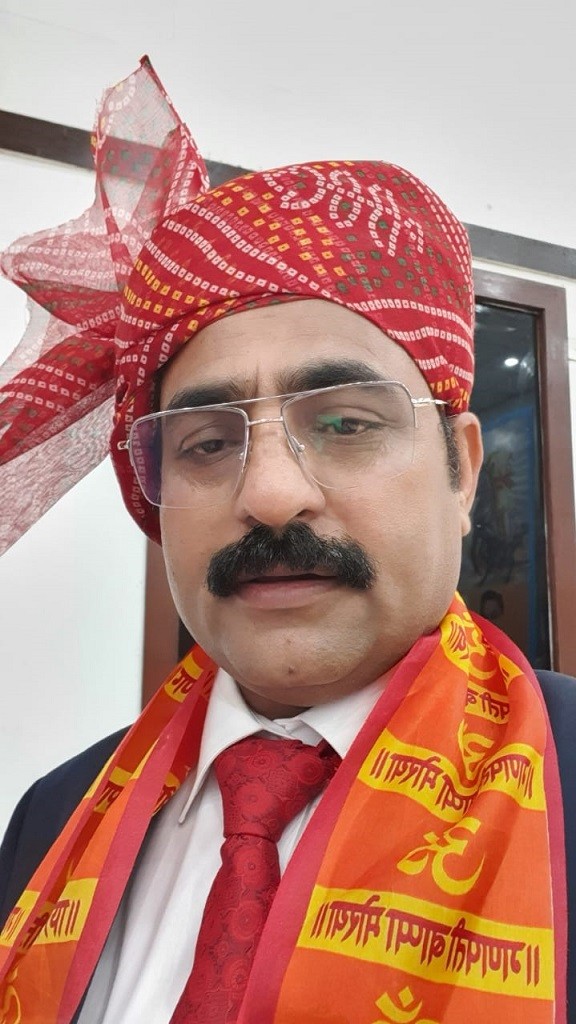 Jammu, Sept. 22:  While Expressing gratitude to Hon’ble Lieutenant Governor Sh. Manoj Sinha of Union Territory of Jammu & Kashmir for declaring 23 rd Sept. as holiday on the birth Anniversary of Maharaja Hari Singh, the last Dogra Ruler of Jammu And Kashmir, Gilgit, Baltistan etc., Kuldeep Singh Raja said that the great demand of hundreds & thousands of general public of Jammu and Kashmir has been fulfilled. Maharaja is also called the father of RENAISSANCE of Jammu and Kashmir. On his occasion of Rajtilak, he proclaimed “Justice as his Religion”.

Announced the establishment of 144 new schools which were opened during (1926-27) to receive modern education. State Subject definition was adopted in the year 1927.

In 1935, Praja Sabha was established which became Ist Legislative Assembly in J&K Agriculture Relief Regulations were established in the year 1926. The land alienation regulation took place in 1933.

Dhandevi Memorial Fund was established to help poor families during marriage of their daughters and encourage them towards education. Marriageable age of girls was raised from 14 years to 16 years & for boys changed from 18 years to 21 years.

Widow Remarriage and Property act of 1932 was introduced. On 26 th October 1947, Maharaja Hari Singh signed the “Instrument of Accession” of Jammu & Kashmir with India. During his reign Jammu & Kashmir became part of Sovereign India.

Maharaja Hari Singh believed in Democratic values though he was a dynastic ruler, he was a great social & political reformer.

The General public is upbeat on this historic decision. We are also thankful to him for declaring 26 th October as “Vilay Diwas” (Accession day)