Now, one can see one more case of non compliance of Cabinet Decision of 2016  by the concerned bosses for playing with career of  IT Professionals.

Pertinent to mention here that thereafter SR0-344 vide dated 24th Octoer, 2016 was issued by which posts/grades were defined but is also still in air?

Pertinent to mention here that around 300 IT Professionals in J&K have been demanding justice for last 23 years as the authorities at the helm of affairs had failed to convene a meeting since 2016.

It is also to mention here that appointed in the year 1996-97 these helpless employees see their future totally black as the Govt has failed to take a decision to frame service ruls for them and grant promotions or give them other benifits.

However, some sufferers while speaking to Cross Town News said that Accounts and Treasuries departmet had written a letter to the IT Department for re designation of IT Personal working in the department but seems nothing on ground.

However, Cabinet Decision copy with CTN reads as under and its non compliance should be taken care of with iron hands. 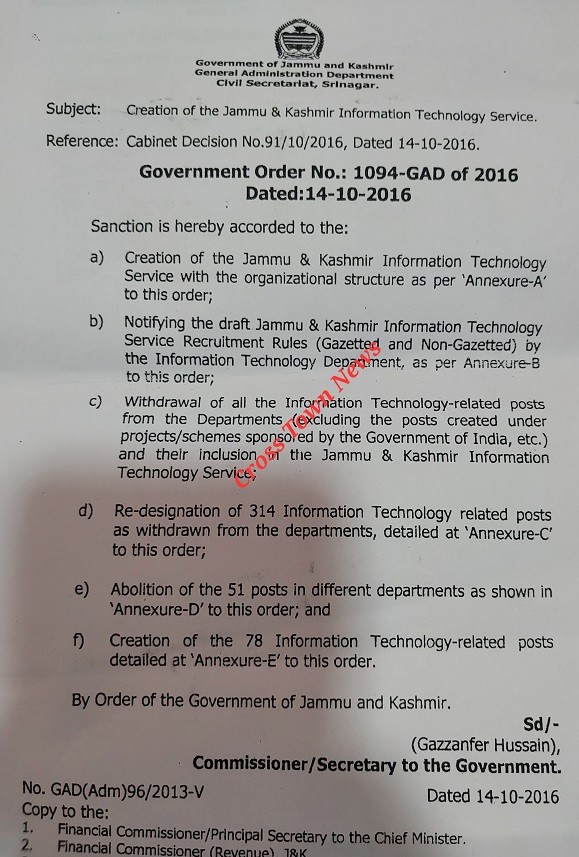 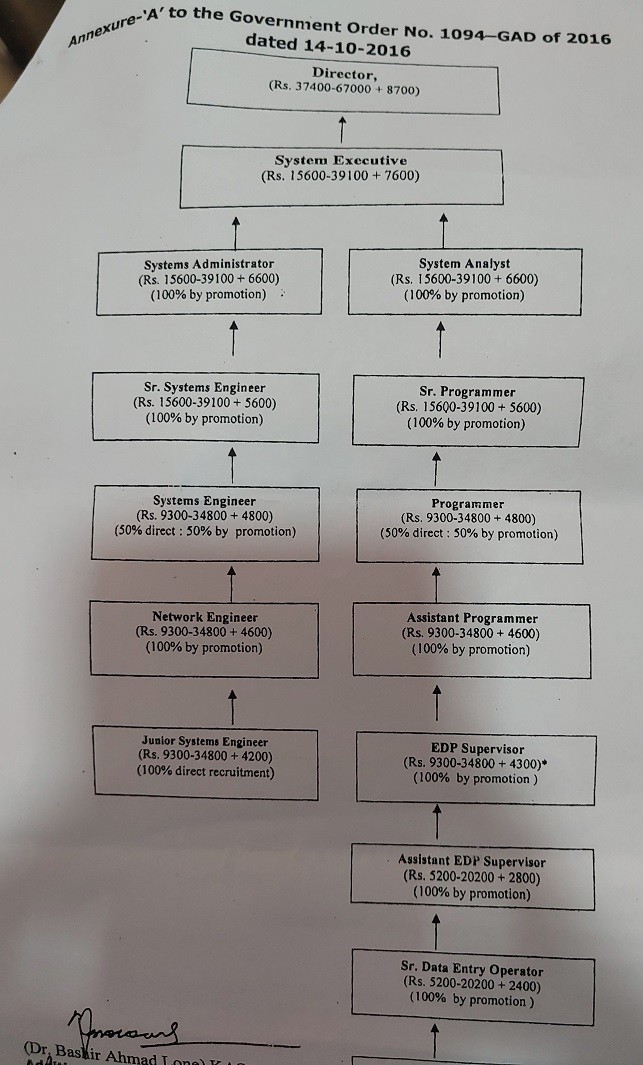