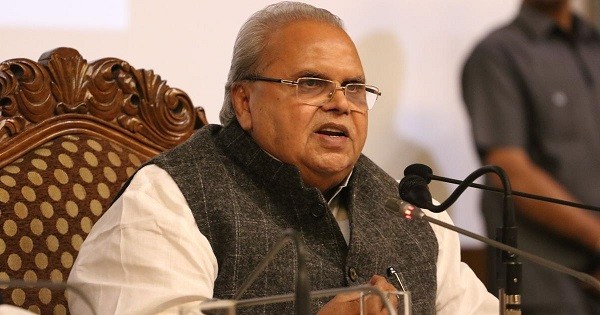 New Delhi, September 16:  Former Governor of J&K Satya Pal Malik has again fired one more sensational shot and said that Peoples Conference leader Sajjad Lone wanted to be Jammu and Kashmir chief minister just before the dissolution of the Assembly in 2018 although he had only six MLAs.

Malik, now the governor of Meghalaya, in a media interview described that Lone as the blue-eyed boy of the Centre.

He said he had asked Lone to write to him about the support he enjoyed in the 87-member House.

Lone said he had six MLAs but told me if you administer me the oath, I will prove my majority in a week but, I told him, I will not do this.