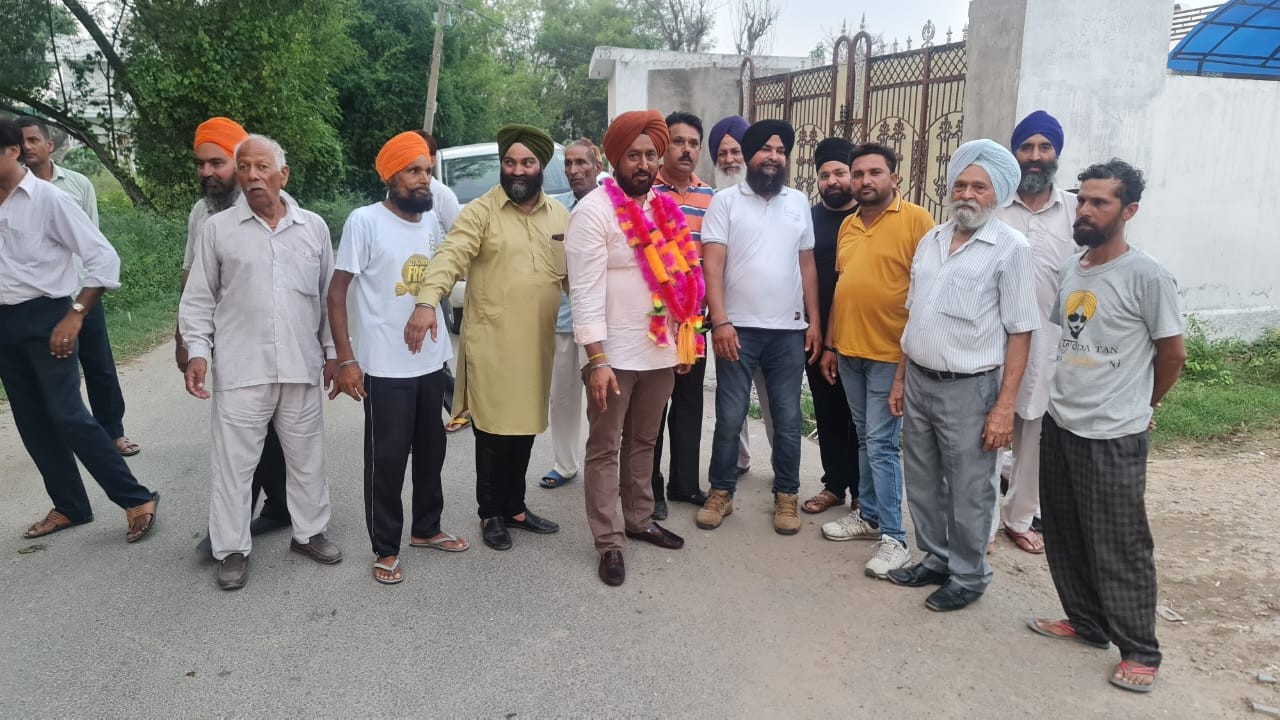 JAMMU, Sep 16: Taranjit Singh Tony, senior AAP leader and DDC Member Suchetgarh on Friday made a promise with the people of villages Jallu Chak and Chowadi in Jammu R S Pura South constituency to resolve the 25 years old issue of dearth of potable water supply in just 25 days as he held a whirlwind tour of these rural hamlets.

It is pertinent to mention that Tony visited the aforesaid villages falling in Jammu-RS Pura South Constituency along with a team of PHE department comprising XEN PWD Rural Division Vivek Kohli and his subordinates as he received the information about archaic problem in the vicinity about poor water supply.

The DDC Member said that water supply which used to be on a weekly basis for the last 25 years has lately turned bi-monthly giving a shock to the villagers. He said that the successive political leadership in the region gave only lip service as on ground things are the same as they used to be after partition.

Taking initiative, Tony approached Chief Engineer PHE and sought early release of funds and floating of tenders to ensure regular supply of potable water which according to him is the right of every citizen. He said that the concerned Chief Engineer has given nod for the aforesaid work and soon the same will be started to bail out the poor public from the misery. Upon this, he vowed that their long pending demand will be fulfilled within 25 days as drinking water will start gushing out from PHE taps in less than a month’s time.

The DDC Member assured that till the time water supply is not restored, the villagers will be provided drinking water through special water tankers. He asked the villagers to keep the fingers crossed as countdown for installing water pumps has already started and sooner than later they will get the much sought after water supply twice a day.

Among those who accompanied the senior AAP leader include Mandeep Choudhary, Jagjeet Singh Slathia, Jagdev Singh Lambardar, Satpal, Kalidass and many others.