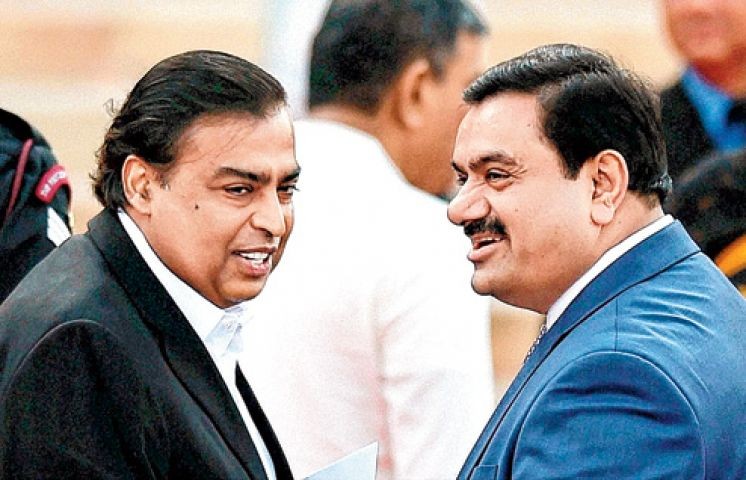 During the day, Adani's wealth had shot up to $155.7 billion but as most of the group's stocks ended in the red he slipped back to the third position with a net worth of $152.6 billion.