Home » News » J and K » Tony calls for high level probe in J&K into suspicion of funds misappropriation to the tune of Rs 10,000 crore 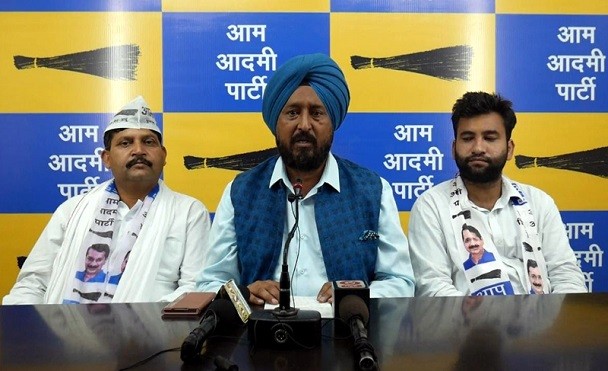 Jammu, August 10: Aam Aadmi Party has expressed its serious concern over dismal performance of Jammu and Kashmir after a fresh report of Comptroller and Auditor General of India made strong observation over suspicious utilisation of over ten thousand crore rupees.

Addressing a press conference, here today, AAP leader and DDC member, Taranjit Singh Tony said that the observation made by CAG in its report is shocking and enough to show level of misgovernance in Jammu and Kashmir UT and dismal performance of Government run by LG administration.

Tony added that CAG observation is a serious issue and there is every possibility that this amount or some portion of it has been misappropriated for which there is a need of establishing a high level enquiry commission which should be judicial in nature and its entire matter should be probed.

He asked Jammu and Kashmir LG administration to come in public domain and issue a statement on the matter and to tell the people why the Government in UT of Jammu and Kashmir has failed to tell CAG about utilization of this huge amount.

BJP claims big and even makes castles in air on the name of development in Jammu and Kashmir for which its leaders often address press conferences but now those leaders are missing on screen.

Tony added that they should come before public and tell everyone about this huge amount that has come under suspicion during their rule.

He said that J&K Government has failed to provide Utilisation Certificates (UCs) of thousands of works since 2018 and these works have value of over ten thousand crores on which CAG has made an observation adding that many department are in list for failure to furnish UCs and utilisation of funds in a manner which is under suspicion now with Education Department tops the list.

AAP termed this all as dismal performance of Jammu and Kashmir Government adding that on one hand Government has no money no pay daily wagers, retired employees but on other hand a huge amount of over 10,000 crores is under suspicion.

He further demanded action against all those concerned heads in bureaucratic system as well as in Government who have failed to submit UCs creating this mess.