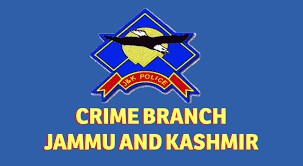 A written communication preferred by Executive Engineer City Drainage Civil SMC Srinagar wherein it was alleged, that they have received a complaint against their employee Namely Shabir Ahmad Shah S/O Mohammad Nizam Ud Din Shah R/O Kalaroos Kupwara to the effect that the said employee has submitted an age and health certificate reflecting the DOB as 15.02.1969, when the actual date of birth of the said employee was 07.02.1959.

.During the investigation it was proved that the accused in order to prolong his service concealed his academic records. The accused obtained the age and health certificate from the chief medical office Srinagar and submitted the same before the department.