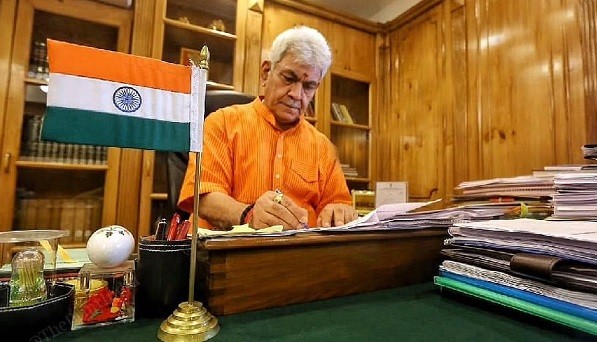 SRINAGAR, AUGUST 02: Aapki Zameen Aapki Nigrani initiative is one of the flagship programme launched by the government of J&K to bring ease, transparency and convenience for citizens about land records.

Under this initiative, public users can search and view copies of scanned data online on CIS Portal- http://landrecords.jk.gov.in/.

This initiative is part of Digital India Land Records Modernization Programme(DILRMP), and the Union Territory of Jammu Kashmir has achieved an important milestone to provide the most transparent and accountable services to the common people under this initiative.

As per the official records, 7.70 cr pages of revenue records and 55216 Musavis (maps) were scanned till date. 6.5 lakh citizens have viewed their land records till date and the feedback of citizens has resulted in purification, updation of land records on constant basis.

Earlier their was no mechanism to view or monitor the status of the land records by the citizens who were dependent on the officials to check their land records.

The programme aims to modernize management of land records, enhance transparency in the land records maintenance system, thus reducing scope of land/property disputes, and facilitate conclusive titles to immovable properties in the country.

The major components of the programme include computerization and digitization of land records, Survey/resurvey and updation of all survey and settlement records, integration of property registration with land records and cadastral maps for enhancing authenticity and security of data, bringing utmost transparency in the system, Capacity building, and development of Land Records Information System.

After 5th, August 2019, Jammu & Kashmir has embarked on an unprecedented developmental trajectory wherein transformational initiatives in all sectors have been launched.

Transparency in maintenance and upkeep of Land records was an area which required an urgent intervention and “Aapki Zameen Aapki Nigrani” (AZAN) is a landmark intervention in that direction.