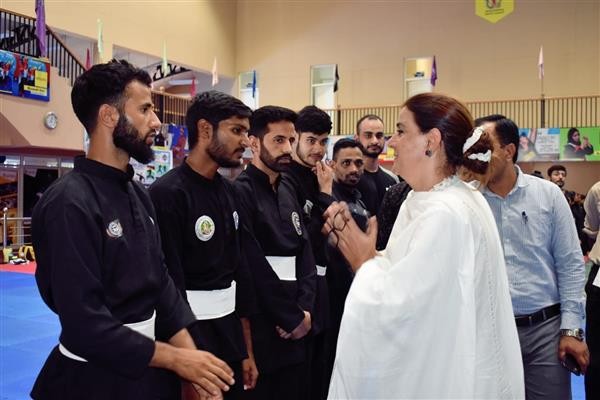 This camp was aimed at preparing the team for the 19th World Pencak Silat Championship 2022 to be held at Melika Malaysia later this month &around 38 players from different states as well as paramilitary forces including SSB are in taking part coaching camp.

Secretary J&K Sports Council took stock of the arrangements put in place for the participants including their boarding and lodging.

She apprised the participants about the role J&K Sports Council is playing to provide the best training and coaching facilities and how during past few years the steps taken to lay requiste infrastructure has helped players take leaps in the national and international competitions.

She also appreciated the efforts made by the Pencak Silat Federation for conduct of the said camp in Kashmir, the place known for its rich hospitality and which has a tremendous potential to host big events like Asian Pencak Silat Championship 2022 in the month of September 2022, where we are expecting more than 15 countries officially.