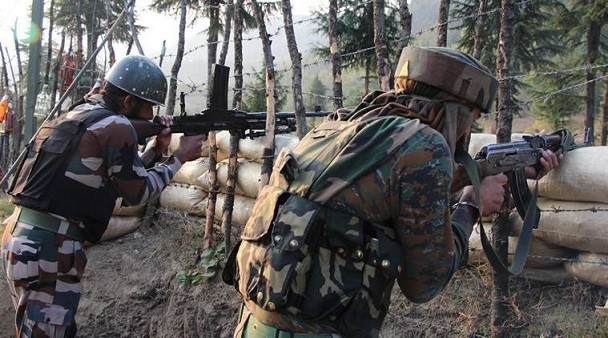 Pulwama, June 21: Four local terrorists including the killer of Sub Inspector Farooq Ahmad were killed in two gunfights with Police and security forces in Pulwama and Sopore.

A Police spokesman said that acting on information regarding the presence of terrorists in village Tujjan in Plwama, Police, 53 RR of the Army, and 183 Bn of the CRPF launched a joint Cordon and Search Operation in the area.

As the joint party approached the spot, the terrorists fired indiscriminately which was retaliated leading to a gunfight.

In the gunfight, two terrorists of Jaish-e-Muhammad outfit were killed.

The Police said that incriminating material and a huge cache of arms and ammunition were recovered from the site of the gunfight.