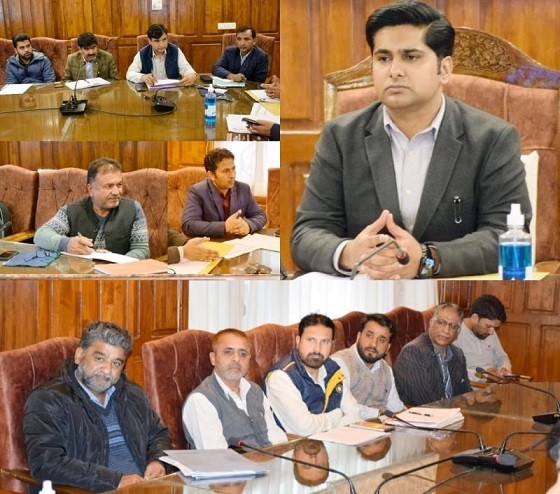 Dr. Owais took a comprehensive review on the progress of developmental projects undertaken by various departments in the sub division Gurez.

The meeting was informed that 134 works under Area Development Plan are proposed for Gurez subdivision including 72 new works at an approved cost of 679.36lakhs.

It was given out that 54 estimates are received from sub division Gurez out of which 40 works have been tendered.

Speaking on the occasion, the DDC said that the District Administration is committed to ensure all developmental projects/works are completed within a set timeline.

He stressed on the concerned officers/officials to take all possible measures to accelerate the pace of the ongoing works for their time-bound completion and directed for regular monitoring of works.

He also stressed the importance of involving locals in the tendering process.

Dr. Owais said no unnecessary delay will be accepted and warned of strict action against officials or officers responsible for delays in execution of works.