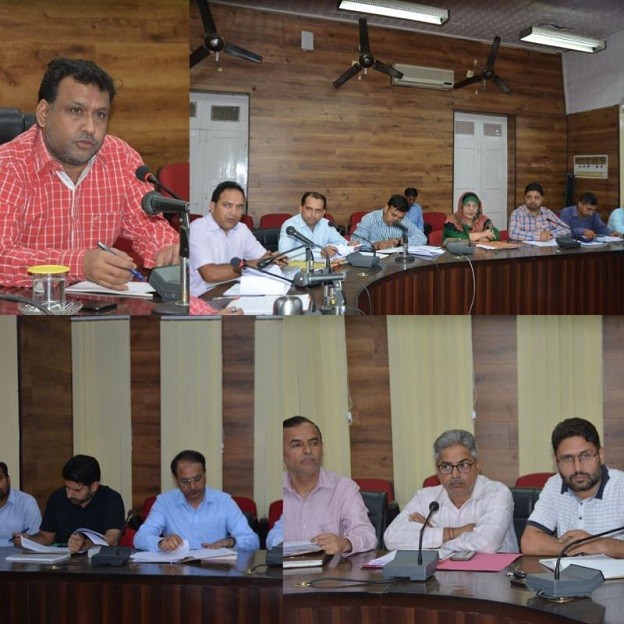 In Doda district, two blocks of Chilli Pingal and Kastigarh have been selected for implementation of the Aspirational Block Development Program.

The DDC enquired about the achievements made by the concerned departments against each indicator defined by the government, besides also sought details about the action plan to fill the critical gaps required as per the set parameters.

While reviewing the component wise progress, the DDC asked the concerned nodal officers to review with dealing officers on each indicator and ensure the tangible results.

He asked for start of immediate procedural formalities on the works of construction or purchase nature so that the same can be completed during the current financial year easily.

The meeting was informed that in both the Aspirational blocks the enrollment in the schools have been achieved upto 100%, the girls Toilets in all the Middle Schools, High Schools and Higher Secondary Schools are functional. CEO was directed to get the nonfunctional toilets functional involving internal funds.

DDC also discussed the augmentation plan in the two blocks and asked the nodal officers to review the plan and submit for further discussion considering construction of Schools, Anganwadi Centres and other infrastructure.