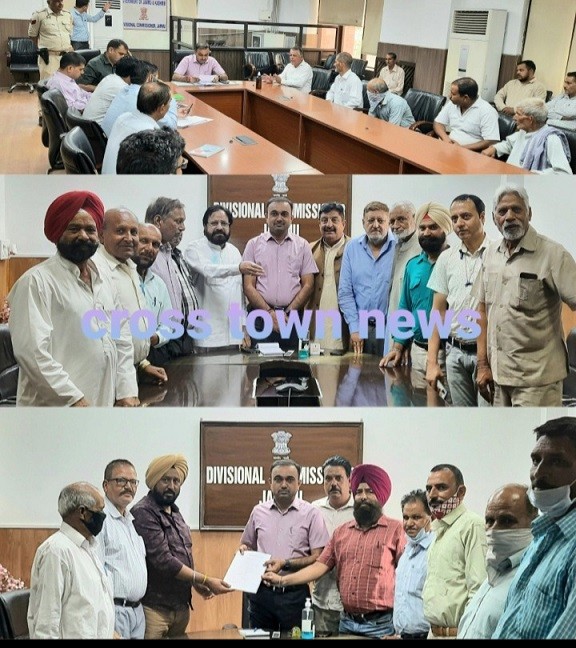 Scores of public delegations, individuals participated and put forth their demands for their redressal.

Div Com assured time bound redressal of all genuine grievances but a question is still there that will he verify the final outcome of a Grievance pending in his office filed in so called Governors Grievance Cell vide No. 999001100781 dated 14th March, 2019?

On the occasion, scores of public delegations, individuals participated and put forth their demands and sought the intervention of the Divisional Commissioner for the redressal of the same.

The major issues projected were related to land disputes, release of payments and other issues of public importance.

A deputation from Suchetgarh submitted a memorandum of demands to Divisional Commissioner and projected the demand for resolving the land dispute.

A delegation of Jammu civil society members highlighted several demands and also discussed necessary steps needed to be taken for overall development of the region.

The Div Com gave a patience hearing to all the deputations, individuals and passed on the spot directions to the concerned officers for resolving the public issues.

He also assured the public that all their genuine demands would be redressed at the earliest.

The Divisional Commissioner also sought details of other grievances, complaints received from the public during the ongoing Jan Sunwai Program.

The concerned officers apprised the Div Com about the total number of applications/ grievances received and redressed so far.

The Divisional Commissioner directed the concerned officers to follow all pending grievances for their quality disposal.