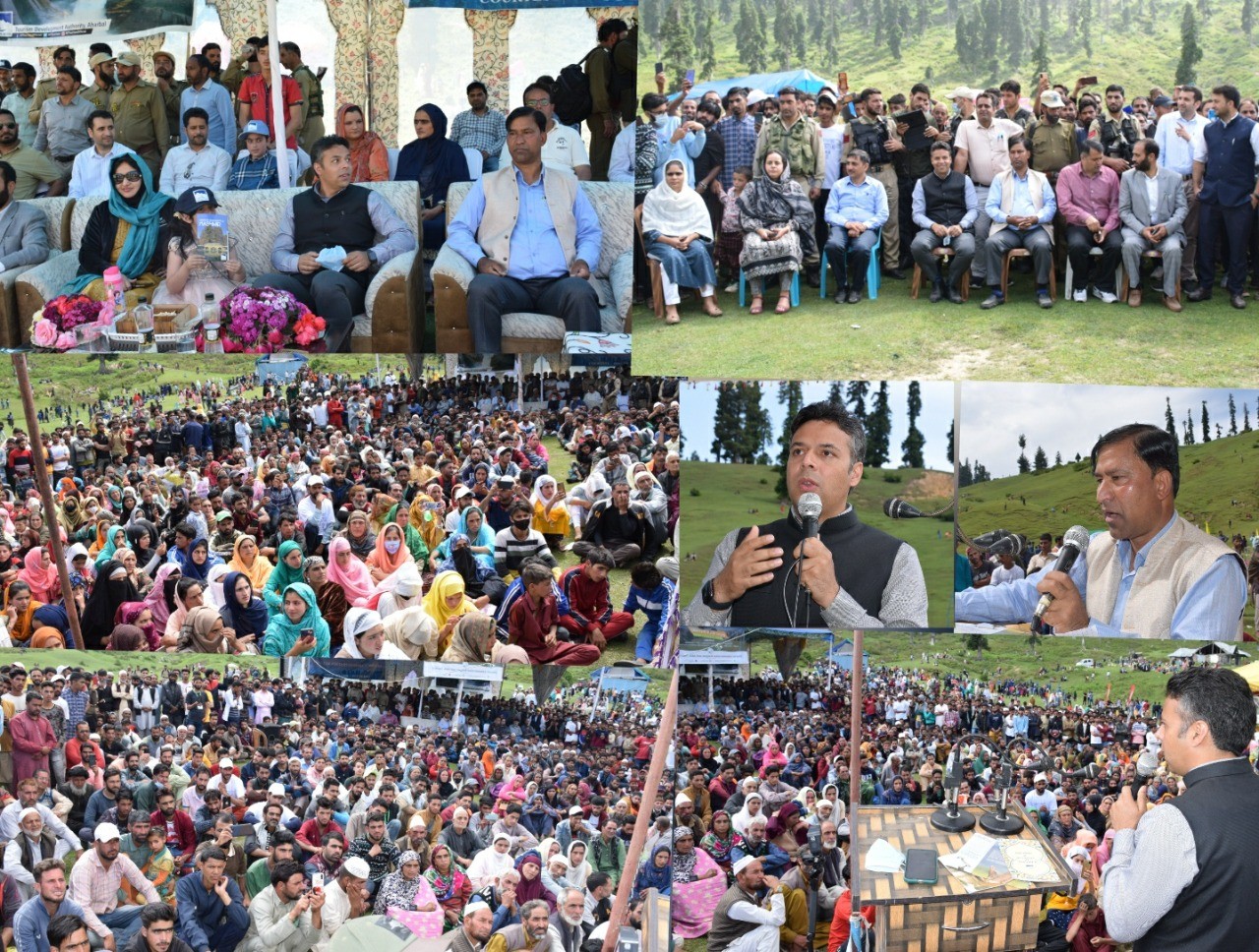 KULGAM, MAY 14: To promote unexplored tourist destination in the district and to boost tourism sector in the district the District Administration Kulgam today organized a Mega tourism festival in lush green meadows of Panchanpatri D. K. Marg Noorabad which is at a distance of around 28 Kilometers from the District Headquarter Kulgam

During this festival multifarious sports activities were held in these meadows in which students and youth from various areas participated. Cricket, Volleyball, Tug of war, Lazium drill, Fresbee, Parashoot drill besides fun games were played during the event. Colourful and mesmerizing cultural programmes were also presented by local artists during this festival.

On the occasion the District Development Chairperson complimented District Administration for their concerted efforts and measures for promoting unexplored tourist destination of the district. He added that Promotion and development of tourism destinations will help to generate employment for unemployment youth. Speaking on the occasion, the Deputy Commissioner said that a series of tourism festivals and activities are scheduled in the district to showcase the beauty of Kulgam for its recreational and adventure potential. District is blessed with beauty and acquires massive potential and measures are afoot to develop these tourist spots to observe immense tourist footfall at all these places. Earlier a plantation drive was carried out and Polythene free Forest cleanliness drive was also launched.