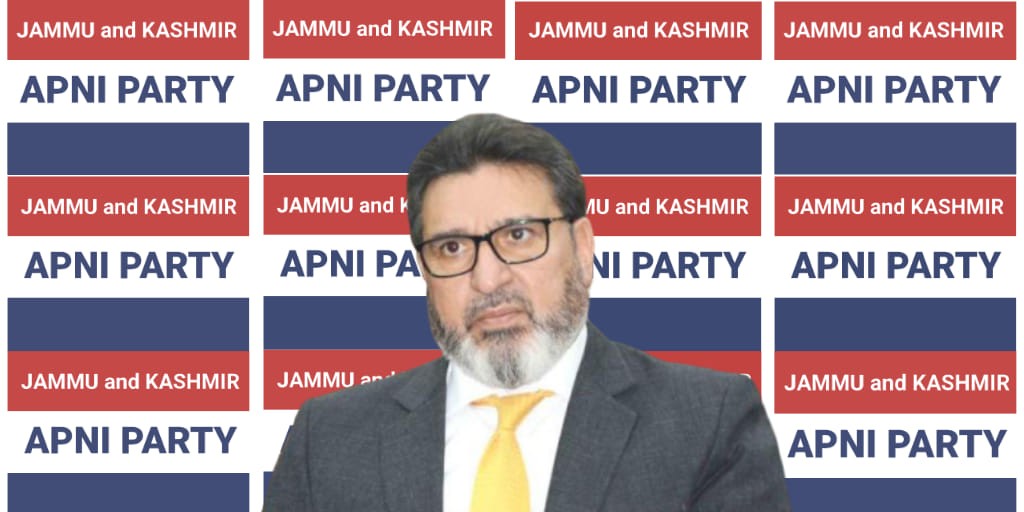 JAMMU, Oct 13: Apni Party General Secretary Vijay Bakaya today said that his Party will continue its fight under the leadership of Altaf Bukhari against divisive politics and propagate the ideology of unity of Jammu and Kashmir. Bakaya was speaking at a felicitation function organised at Party Office in Gandhi Nagar to honour Advocate Nirmal Kotwal on being appointed as Additional Spokesperson of the Party in Jammu. Over 30 advocates also participated in the felicitation programme.

While congratulating Advocate Kotwal on his appointment as Additional Spokesperson Apni Party, Vijay Bakaya, General Secretary stated that it was a privilege to have him to handle an important responsibility of propagating the message of the Apni Party through the length and breadth of the UT of J&K. He further said that he belonged to the intelligentsia of opinion makers and he would definitely contribute to strengthen the roots of the Party. He further said that under the statesman-like leadership of Altaf Bukhari, the Apni Party had emerged as the strong voice equally of the people of Jammu as well as Kashmir and was seen as a Party which shunned divisive politics and remained pragmatic without depending on hollow slogans and without selling dreams.

Meanwhile, speaking on the occasion, Manjit Singh, said that J&K is passing through a politically tough period of instability with no clear indication of what is going to happen in coming years with regard to politics. "This political instability was recently witnessed with the joining of several politicians of a particular ideology to an opposite ideology. The people are witnessing the political happenings and this has caused a way of mistrust and hopelessness among them," said Manjit Singh. He said the sense of instability among the people has increased and there is dire need to hold assembly polls in J&K without delay. "If the elections are delayed again, it would have an adverse impact on the people of J&K, he added. He said "Apni Party has emerged as a hope among the people as it speaks of unity and equality among the people of two regions." He said many people joined the Party due to its mission to restore lost honour of J&K. Meanwhile, the newly appointed Additional Spokesperson of Apni Party in Jammu, senior Advocate Nirmal Kotwal thanked the leaders of the party for the felicitation function. While speaking on the occasion, Adv Nirmal Kotwal said "Apni Party is a mission towards development and equality.