Govt gone, Governors Rule was imposed, State was changed to UT, One Lt Governor take over JKUT thereafter transferred, new LG joined  but the said grievances had not come to the final conclusion by the DC Jammu office over a serious public issue.

Not only this, some grievances of public issues even forwarded to some top bosses by LG/Advisor(B) followed by the Advisor(S) office over an important public issue regarding Revenue, but not bothered.

However, now again, JKUT Govt Installed call centers for public lodging of grievances, details with CTN reads as under:- 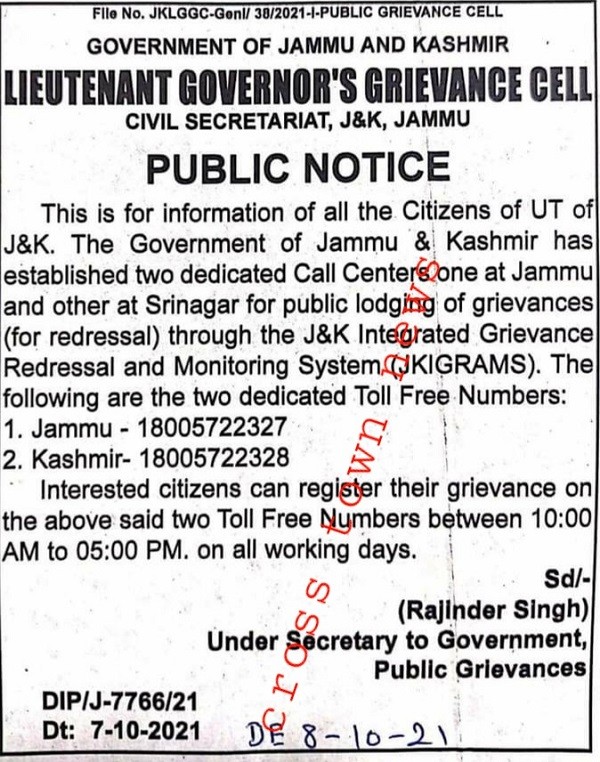