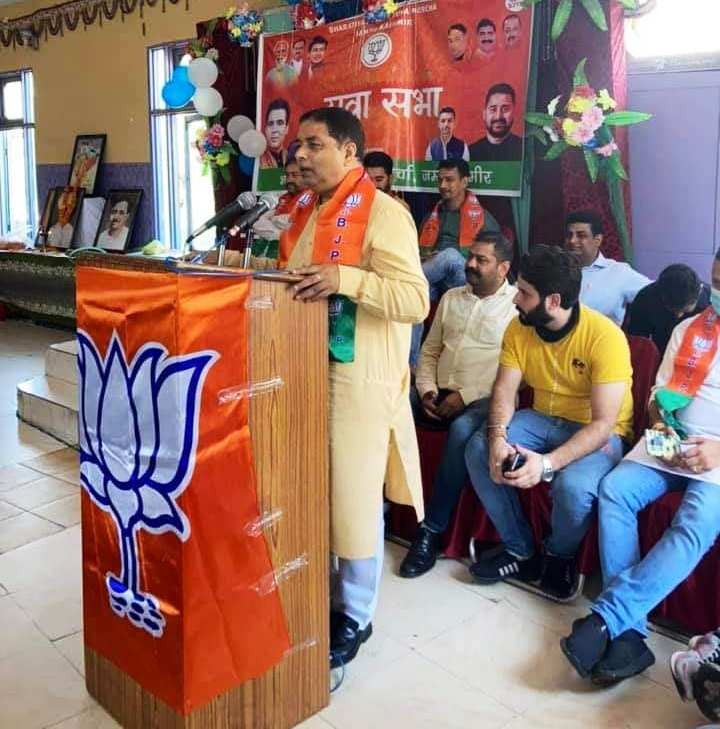 Speaking on the occasion, Sat Sharma said that under the leadership of PM Narendra Modi, youth of nation has excelled a lot and moving towards the vision of “Aatm Nirbhar Bharat”, the youth of nation and particularly J&K is taking benefits of various Central sponsored schemes which has assisted in making our youth job providers instead of Job seekers. He said for decades, the youth of UT was exploited either by separatists or by some politicians for their personal gains but after the abrogation of Article 370, a new era of hope and development emerged amongst the youth and they believe in the pro youth policies of BJP and Central Government. He also asked the youth activists of the party to make ward wise teams to implement the Central sponsored schemes for the youth at booth level and said that the youth will play a major role in upcoming Assembly elections.

Munish Khajuria said that BJP is the only party who is working for the betterment of society and particularly youth. He said under the leadership of Former MLA , many schemes were implemented at grass root level which has benefitted a large number of youth in Jammu West.

Arun Prabhat said that BJP is committed to work for youth and in the coming days more Sammelans will be held in order to educate the youth of J&K regarding pro public policies of Modi Government.

Reetiz Khajuria thanked the leaders and youth present and said that in Jammu West, Former MLA is helping the youth to become Job providers which has improved the lifestyle of many across Constituency.