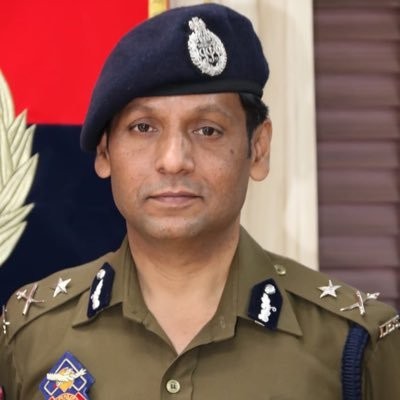 Jammu 18th, June , 2021:- Addl. Director General of Police , Jammu Zone, Jammu Mukesh Singh- IPS today issued promotion order in respect of 23 head constables promoting them to the rank of Assistant Sub-Inspector in the pay scale of level-6 (35400-112400) besides bringing 377 HC’s on promotion list-“D” who will be promoted after passing of requisite Pre-Promotion Course.

This is the Ninth DPC under the chairmanship of Zonal ADGP Jammu wherein more than 4496 officials in different ranks have been already been promoted .

While congratulating the promoted Police Personnel and their families, ADGP Jammu Zone, @mukesh_ips_jk lauded the efforts of these personnel in earning their promotion well in time and further expressed hope that they shall rededicate themselves towards their work even with more zeal and sincerity to make the department and society feel proud.