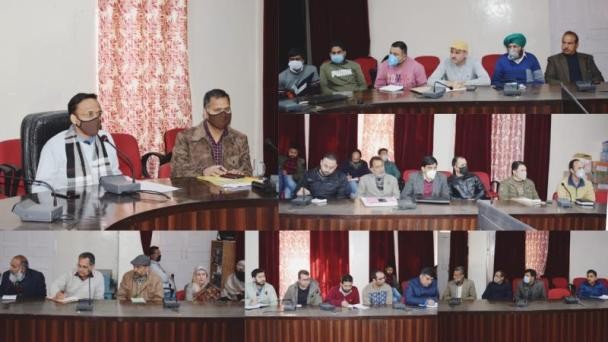 DODA, FEBRUARY 24: Deputy Commissioner, Doda, Dr Sagar D Doifode today chaired a meeting of the designated Magistrates and Observers for OMR based written test for class IV posts and briefed them about their role and responsibilities here at the conference hall of DC office.

The DC underlined the importance and magnitude of the exam and directed the concerned to understand their role and responsibilities in totality for maintaining the highest standard of transparency and accountability in the process.

He directed the concerned to strictly follow the timelines mentioned in the manual of the SSB. He directed to avoid any gathering and indiscipline in their respective Centres.

The DC informed that 28 centres have been identified in the district, while the examination shall be held on 27th, 28th of February and on 1st of March from 12 noon to 2 PM.