Jammu, Feb 22: When State was turned into UT, Govt assurred with work culture but it has been observed otherwise by general public.

Few Officers in DC Office Jammu have taken the lead in all aspects to harass general public by this way or the other as neither the bosses act on grievances filed in Governor/Govt's Grievance Cell nor RTIs.

Now, the below snapshot reads that how RTIs are bothered by PIO etc of DC Office Jammu also proved to be a big failure, causing harassment to general public but no action speaks of collapse of system.

If enquired the basic application of  said RTI , the issue shall detect deriliction of duties by officers/officials of DC Office, Jammu.

However, order passed in  Ist appeal, copy with CTN reads  regarding the work culture in DC office Jammu . 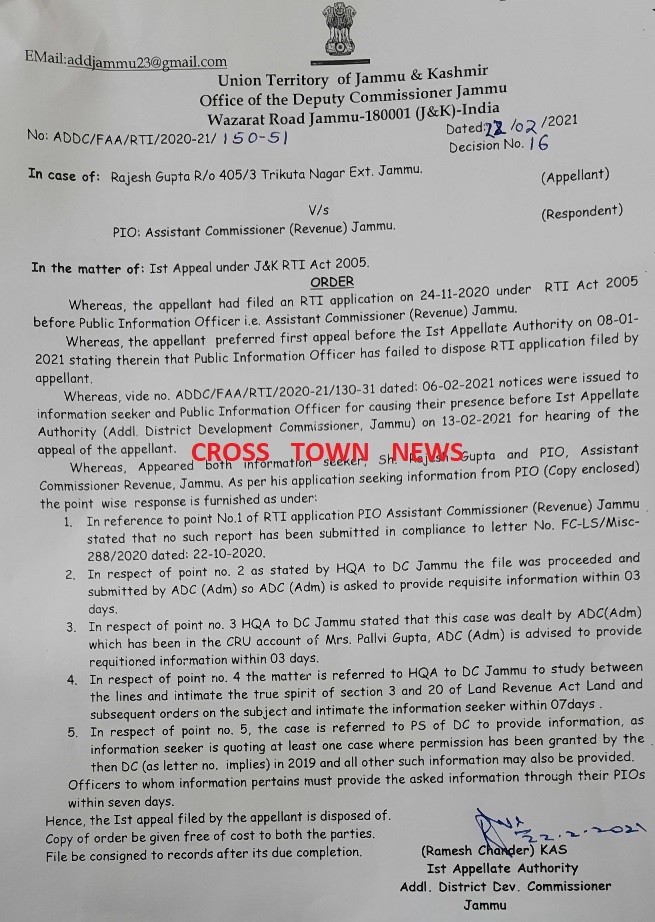