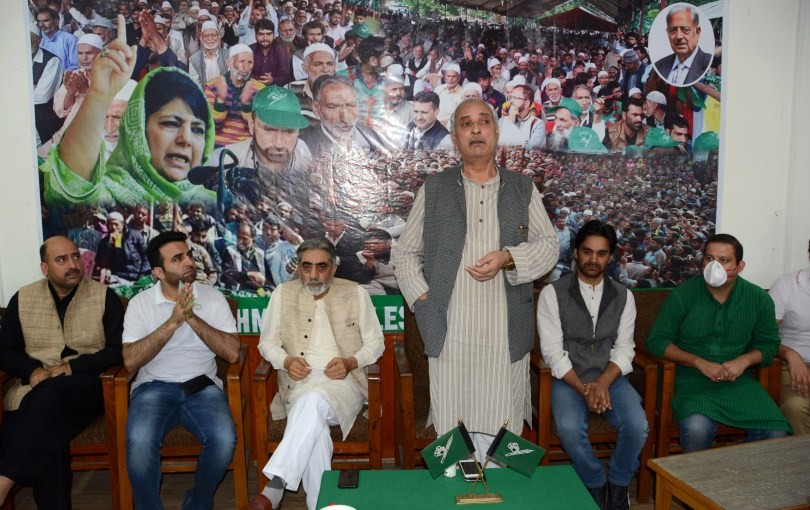 JAMMU, Sep 16: For the first time after the abrogation of Article 370 on August 5 last year,  People’s Democratic Party held a meeting of the party leaders in the summer capital on Wednesday.

“We are here to register our protest against the atrocities that are happening to Kashmiris and also against the undemocratic treatment that is being given to us. This same government is engaging China through diplomatic channels but when it comes to Kashmir and Kashmiris different yardstick is being applied,” said youth President Waheed Parra.

Para said  “If Kashmir is peaceful why the government is reluctant to provide 4G internet services which is banned for the last 13 months now. There is no development at all. ”