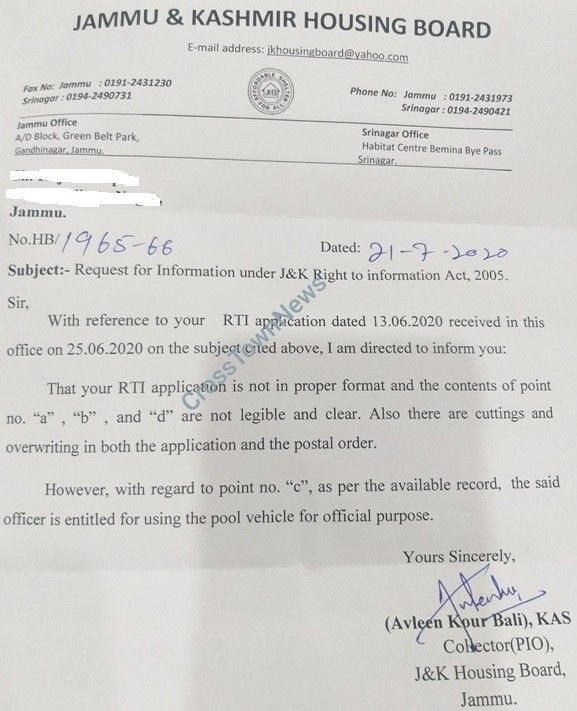 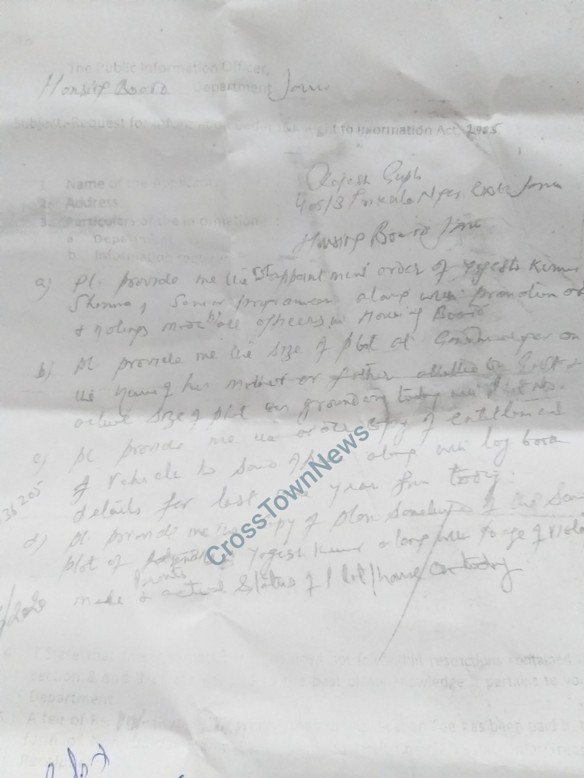 Jammu, July 27:  Some Officers  look to harass the innocents rather than doing genuine Works, whereas some Officers are there who are working 20 Hours a day to give satisfaction to public.

One example of Officers mentioned in first line can be seen, from those working in Housing Board, Jammu for whom malafidies have been already published for adopting pick & choose actions but govt preferred to keep  eyes closed.

It pretains to some information regarding illegal appointment of one of her colleague & other matters related to him, who is working as Senior Programmer, who use to delay cases of other innocents for the reasons known to him.

It is also to mention here that reply time of 25 days taken by her for one para only speaks her competance & way of working, which is no doubt......?

Shall any authority in UT of J&K act over the issue....?