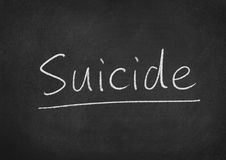 Jammu, June 29: Greater Kailash police received an information early this morning that the dead body of a young man is hanging at his rented accommodation in Greater Kailash area.

A police team immediately reached the spot and shifted the body to Government Medical College and Hospital, Jammu where after getting conducted postmortem,

it was handed over to its legal heirs for last rites.

A case under Section 174 CrPC had been initiated in this connection at police station Gangyal.