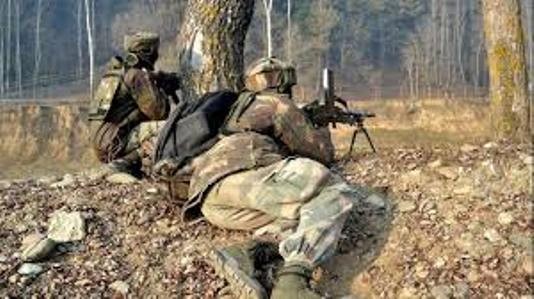 Anantnag, June 30: An encounter started between security forces and terrorists at Waghama area of Anantnag on Today morning after a joint team of Jammu and Kashmir police, 3 Rashtriya Rifles and CRPF launched a cordon and search operation on specific input about the presence of terrorists in the area.

As the joint team of forces cordoned the suspected spot, the hiding terrorists opened fire on them, forcing the security forces to retaliate which started the encounter.

Two to three terrorists are believed to be trapped in the area.